The Young And The Restless Spoilers: Lily Forgives Billy For Summer Tryst But Will Abbott Cheat On Her? 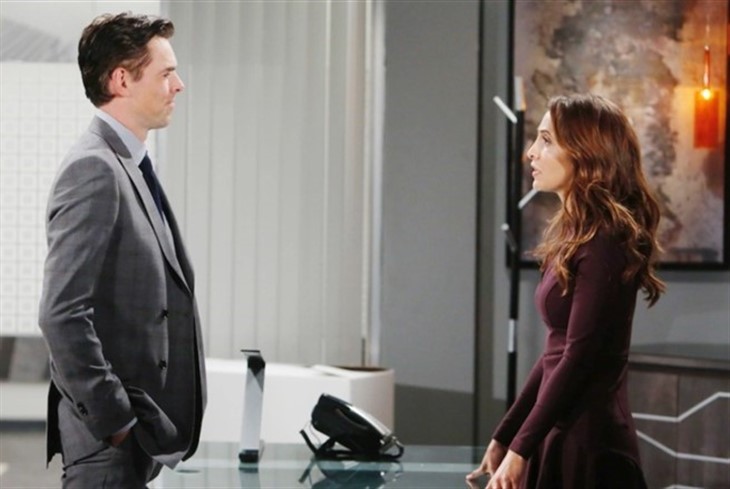 The Young and the Restless spoilers document that in Genao City, Wisconsin Billy Abbott’s (Jason Thompson) past remains a threat to whatever future he hopes to build with Lily Winters (Christel Khalil). Teasers indicate that his brief, very tawdry connection with Summer Newman (Hunter King) will be injected into private jet conversations.

With the above, yet another one of Billy’s many embarrassing backstory references will be exposed. That’s not something Billy considered when he elbowed his way onto the Jabot jet, as part of his joint trip with Lily to Seattle, Washington.

Billy has turned a moral corner in recent months. After focusing on Amanda Sinclair (Mishael Morgan), Billy instead began pursuing a relationship with Lily.

Lily and Billy were together many years ago, long before Thompson became the modern recast. BiLily represented a youthful pairing that happened years before cheeky hashtag couple’s nicknames became the niche rage.

Having her own history with Billy and being a mature adult, whose own children are in college, Lily entered this relationship reboot with open eyes. She was soon drawn into Billy’s latest martyr crisis, as she helped to clear his name and expose Alyssa Montalvo (Maria DiDomenico) as the shooter.

Choosing to believe in today is a reasonable stance to take, as Billy has worked hard in the last year to set a new course for himself. His decision to abandon Victoria Newman (Amelia Heinle) was cold.

But it must be said that he’s stuck to his decision to end Villy and hasn’t attempted to return to his deepest soul mate. So, Lily does have reason to believe that Billy has rediscovered the love they once shared and is honestly pursuing whatever becomes of their developing connection.

It could be that Billy has contained the mental health issues he battled in the recent past. It’s also reasonable to look toward the future and believe that he will remain committed to Lily.

The workplace link these characters share, along with their personal history, does enable a plausible BiLily bond to be sustainable. But Billy is Billy, which means that there’s no telling what exit he could suddenly take at almost any point in the plot and for whatever reason he wants to believe is compelling. So, here’s hoping that Lily’s trust in him proves uplifting because this is a couple that has legitimate potential in Genoa City, Wisconsin.