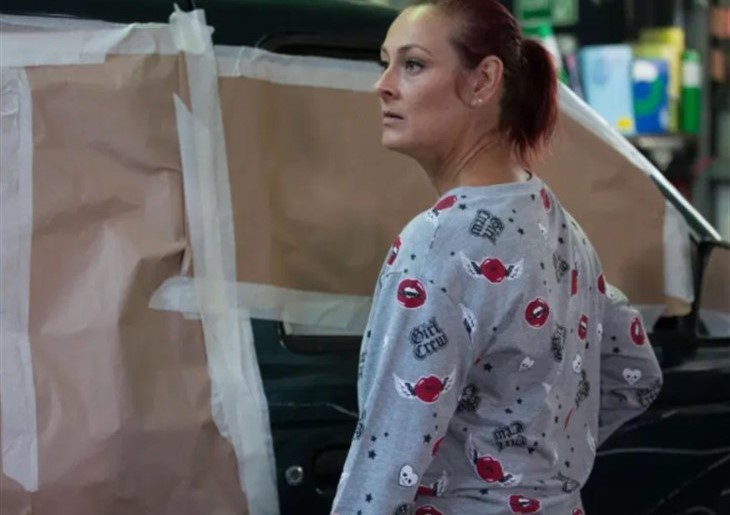 Eastenders spoilers reveal that in Walford Gray Atkins’ (Toby-Alexander Smith) plan may finally start to crumble. Shirley Carter (Linda Henry) is already suspicious and now Mick Carter (Danny Dyer) will make an alarming realization. Even though Tina Carter (Luisa Bradshaw-White) is presumably on the run, she has never once forgotten Mick’s birthday.

Eastenders spoilers reveal that Tina knew too much and when she was going, to tell the truth about Chantelle Atkins’ (Jessica Plummer) death, she was murdered. Gray made up a story about Tina going on the run. To Gray, it was the perfect cover story because she was facing criminal charges for attacking Ian Beale (Adam Woodyatt). Plus, he got to make himself the “hero” by claiming to have helped her make a clean getaway. However, he wasn’t counting on Tina’s family loving her so much and knowing something isn’t right.

Eastenders spoilers during the week of January 18 reveal that Mick’s birthday will arrive. He knows why Tina isn’t physically there, but she would have called or texted. Tina has never forgotten his birthday. Despite the story that Gray told about Tina fleeing Walford, Mick’s gut tells him something is very wrong.

Eastenders Spoilers: Max Rats Out Sharon, But Will Ian Believe His Wife Is Poisoning Him?

Hunting For The Truth

It is suggested that Mick will start searching for the truth. He probably will begin by comparing notes with Shirley and other loved ones. Then, he very well could confront Gray and start probing into what happened the last night he saw Tina. Gray will be caught off guard and he will probably mix up a few details or a tiny part of the story will change from before. Mick is quite observant, especially when it concerns someone he loves. He’s going to notice if something doesn’t match up.

Shirley and Mick aren’t the only ones that are going to be asking questions. Mick will share his concerns with Linda Carter (Kellie Bright), so that is going to be at least three people on the case. Even though Tina was facing criminal charges and missed a court date, they could get the police involved. Gray might have been able to get away with Chantelle’s death, but if the police start asking questions about Tina, he won’t be prepared. That’s the key difference here. Plus, it will be extremely suspicious that Gray was the last person to see her alive and it won’t look so good for a solicitor to have helped a suspect go on the run.

It seems that Gray’s plan will be falling apart soon. It’s not a matter of it, but when and how. What do you think Mick is going to do when his internal alarm bells start ringing when Tina doesn’t contact him on his birthday? How do you think that Gray’s killer secrets are going to be exposed?