The Bold And The Beautiful Spoilers: Thomas Or Finn? Which Man Will Hope Rebound With? Vote Now! 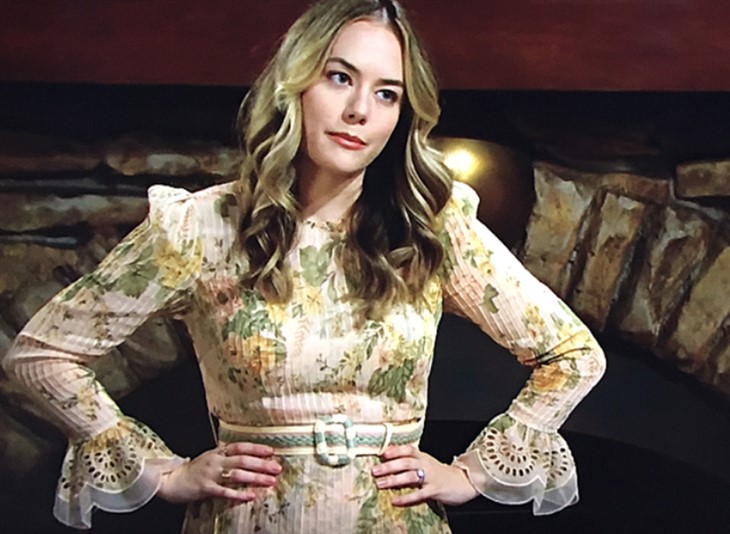 The Bold and the Beautiful spoilers indicate that in Los Angeles Hope Logan (Annika Noelle) will have a new man in her life after she kicks cheating Liam Spencer (Scott Clifton) to the curb.

This week Hope is dealt a devastating blow when Liam confesses that he slept with Steffy Forrester (Jacqueline MacInnes Wood).

A tearful Hope listens as Liam explains what happened that night. She’s on the verge of possibly forgiving her husband until she reveals that Steffy’s pregnant and he may be the father.

Upset with Liam’s betrayal, Hope will kick him out of the house. Although he wants to try to salvage their marriage, Hope isn’t so sure it can be saved. She loved Liam and trusted him, now all those feelings are gone. With Liam out of the picture, Hope will soon find herself comforted by a new man.

One man who certainly will be by Hope’s side is Thomas Forrester (Matthew Atkinson). As B&B fans know, Thomas has had an unhealthy obsession with Hope over the years. When he returned to town earlier this year, it looked like he was a changed man.

However, it was soon apparent Thomas wasn’t over Hope because he had a mannequin of her in his apartment. At one point, he even kissed the doll, which Liam witnessed and what led to his night with Steffy.

Yet, it became obvious something was wrong with Thomas as he began having hallucinations. He would later undergo surgery for brain trauma.

Since then it looks like Thomas is finally on the road to redemption. He’s shown remorse for his actions, and Hope is sympathetic towards him. After learning that Liam cheated on her, Thomas is going to be the first person to offer a should to cry on.

The show could be looking to switch Thomas and Hope’s newfound friendship into a romance, this time properly. A possible Thope romance has sparked mixed reactions among fans. While many wouldn’t mind seeing the pairing, others are against it due to Thomas’ past misdeed.

Thomas and Hope’s potential romance won’t be without controversy and skepticism as viewers will wonder if Thomas has really changed.

Although Thomas looks like the leading candidate for Hope’s new man, one can’t count out Dr. John “Finn” Finnegan (Tanner Novlan). Finn is Steffy’s beau, and like Hope, this week his heart is broken when he learns of Steffy and Liam’s betrayal.

Hope knows she isn’t the only one hurting in this situation, and eventually, she and Finn are going to discuss what happened. Their conversation could signal the beginning of a Hope and Finn romance.

B&B has a history of couples swapping partners. With Hope’s marriage in shambles and Finn’s relationship with Steffy over, there’s nothing stopping the two from pursuing a romance.

Finn’s a great guy, and Hope knows that. If Steffy was foolish enough to let him go, then Hope won’t miss her opportunity to snare the handsome doctor away from her rival.