General Hospital Spoilers: Britt Accidentally Tells Peter Obrecht Is Alive, What Will He Do? 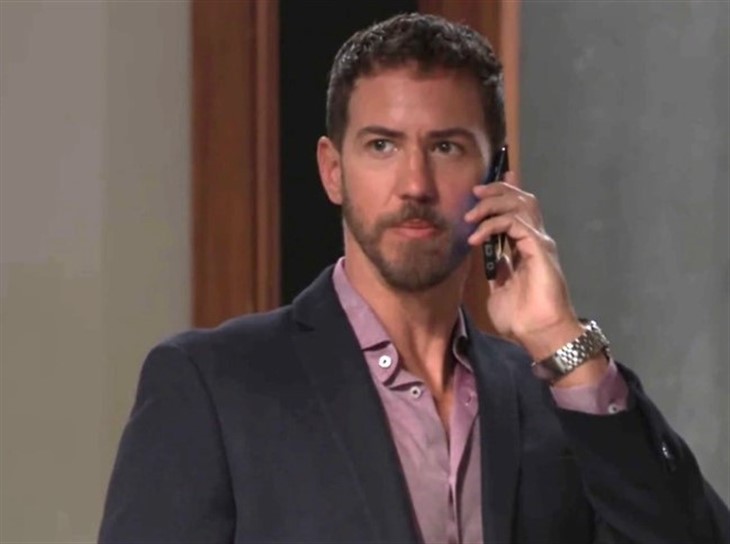 General Hospital (GH) spoilers tease that in Port Charles, NY as his wedding day to Maxie Jones (Kirsten Storms) inches closer and closer, panic will begin to set in with Peter August (Wes Ramsey). These aren’t the normal wedding jitters that Peter will likely experience. He’s already been on edge ever since Franco Baldwin (Roger Howarth) revealed that he’s is hearing Peter’s voice in his head, most likely because of residual memories from when Franco believed he was Drew Cain (Billy Miller).

General Hospital Spoilers – Drew Cain’s Memories Could Cause Peter August to lose everything!

As viewers know, Peter has been very careful in covering his past criminal behavior. He is responsible for Drew’s plane going down, leaving Drew presumed dead. He’s made assassination attempts on Franco in the past as well, even though he had a change of heart at the last minute and killed the hitman he hired. But now that Franco has told Peter about Drew’s memories, there is every chance that he might once again try to have Franco killed! But now that Peter and his half-sister, Dr. Britt Westbourne (Kelly Thiebaud) have reconnected, there is every possibility Peter may discover another threat!

Britt recently discovered her mother, Dr. Leisl O’Brecht lurking in the halls of General Hospital. Although she was at first convinced that her mother has escaped the WSB, O’Brecht was able to convince her that she was free and clear. She was in disguise because she wants to make Peter accountable for framing her for his crimes. Britt doesn’t want to believe that Peter is so dastardly, but for now, she is pleased to have her mother back in her life.

Although Britt agreed to keep her mother’s presence in Port Charles a secret, she has her own problems with Cyrus Renault (Jeff Kober) to deal with. There is every possibility that Britt will get so flustered, that she may accidentally slip up and reveal her mother is back in front of Peter! She’ll likely try to cover, but since she isn’t convinced of Peter’s guilt she might decide there is no harm in letting the cat out of the bag!

Will Peter try to kill Franco once again? Will Britt reveal that her mother is still alive? And who will be the one to finally take Peter down for his many crimes? Intrigue is in the water in Port Charles, so stay tuned to General Hospital airs weekdays on ABC. And don’t forget to check back right here regularly for all your General Hospital news, information, and spoilers!