The Young And The Restless (Y&R) Spoilers: Jason Canela Disappointed Over No Abby And Arturo Reunion 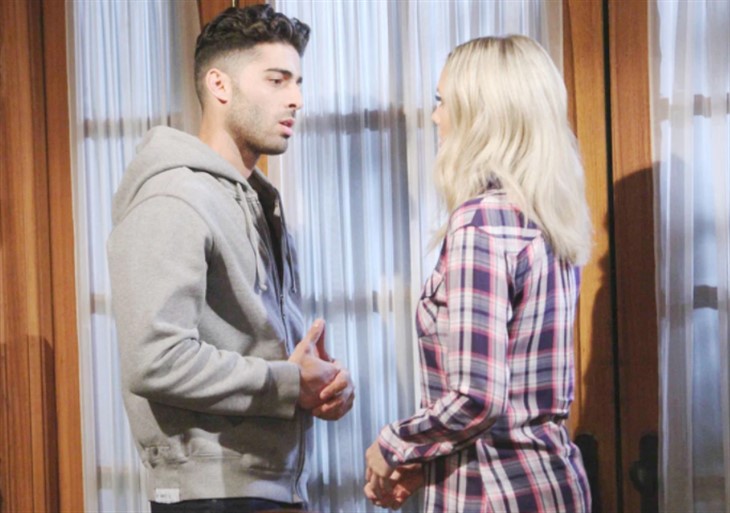 The Young and the Restless (Y&R) spoilers say that some things are just meant to stay in the past, right? Well, that seems to be the case for whatever leftover emotions that are still between Arturo Rosales (Jason Canela) and Abby Newman (Melissa Ordway) because the reunion could have been never getting a chance to happen. Here’s what you need to know.

Actor Jason Canela, who recently reprised his role as Arturo for his brother Rey Rosales’ (Jordi Vilasuso) wedding to Sharon Newman (Sharon Case), says that he was quite disappointed that his brief return didn’t include his usual routine with actress Melissa Ordway, who plays Abby on the show. He says that he didn’t get a chance to also ‘scare’ her because of the CDC guidelines that all of the actors have to maintain in order to help curb the spread of Covid-19 on set. That and Jason also says that he really didn’t get to share much screen time with the beautiful blonde, either.

Speaking to Soap Opera Digest in a new interview, the handsome Miami native said that Abby had actually missed his practical jokes on set, too. They also reminisced about how Abby had vandalized Arturo’s truck after she found out that he had cheated on her.

The Young And The Restless Spoilers: Y&R Alum Michael Muhney Asks His Fans For A Favor

Jason said, “In fact, they should use that footage in a commercial for the strongest friggin’ window in the universe because no matter how many times she hit it, the glass just wouldn’t break. It was funny because some of the crew said, ‘I bet I can break it.’ They took their swings and that window still didn’t break. It felt like we were being punked. Finally, someone knew a secret and put the point of a spark plug against the glass and hit it; the glass just blew up!”

Y&R Spoilers – Will Arturo Get A Second Chance With Abby?

With that said, here’s hoping that Jason will have another future opportunity to see “sparks fly” with his on-screen love. Until that happens, we will definitely be keeping our fingers crossed! Be sure to catch up on everything happening with The Young and the Restless news right now. Come back here often for all the latest The Young and the Restless spoilers, news, and updates.