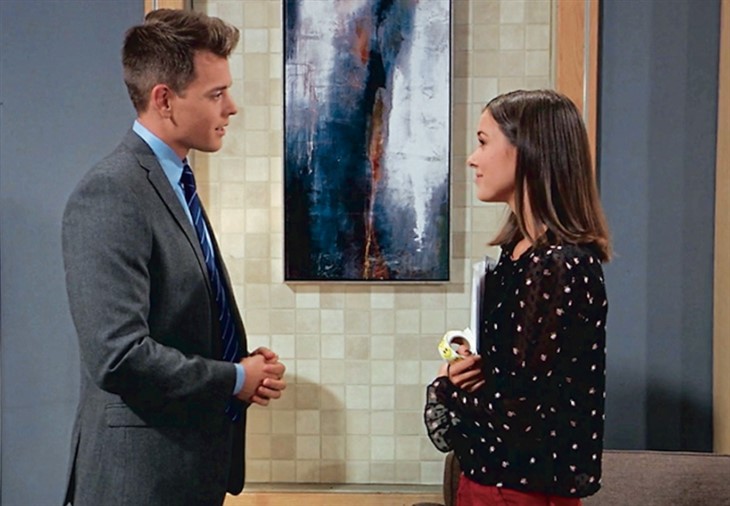 General Hospital spoilers indicate that in Port Charles, NY Michael Corinthos (Chad Duell) and Willow Corinthos (Katelyn MacMullen) will follow through with their annulment. However, Michael and Willow have feelings for each other. Will they find their way back together after the annulment?

General Hospital’s Willow still has feelings for Harrison Chase (Josh Swickard). However, Willow quickly returned home after kissing Chase because she’s a married woman. Is Willow still in love with Chase or has she fallen for her husband Michael? Did Willow feel guilty simply because she was married or is there more to the story? Could Willow feel like she was betraying Michael as well? Sasha Gilmore (Sofia Mattsson) has already brought this up to Willow. Sasha knows that Willow has feelings for Michael. Sasha also refuses to make the decision for Willow. Sasha refuses to take Michael out of the equation by reuniting with him. Sasha is determined to make Willow evaluate her feelings for both Michael and Chase.

General Hospital’s Michael doesn’t feel any better after his heart to heart talk with Chase. Michael didn’t like hearing how Willow and Chase picked up where they left off. Chase claims that he and Willow can easily have conversations like they used to and Michael is certainly concerned. Frankly, Michael excused himself to go home to Willow because they needed to talk. To Michael’s shock, he walks in to find not only Willow but Sasha as well. Sasha excuses herself and Michael tells Willow they need to talk. Will they come to the conclusion that they need to end their marriage? Do they believe it’s time to give Sasha and Chase another chance?

Both Michael And Willow Are Struggling

General Hospital’s Michael and Willow have strong feelings that need to be resolved. Will they find their way back to each other in the end?

General Hospital (GH) Spoilers: Nina Crosses The Line And Sleeps With A Clueless…

General Hospital (GH) Spoilers: Jax Decides To Deal With Cyrus, Puts Himself In…