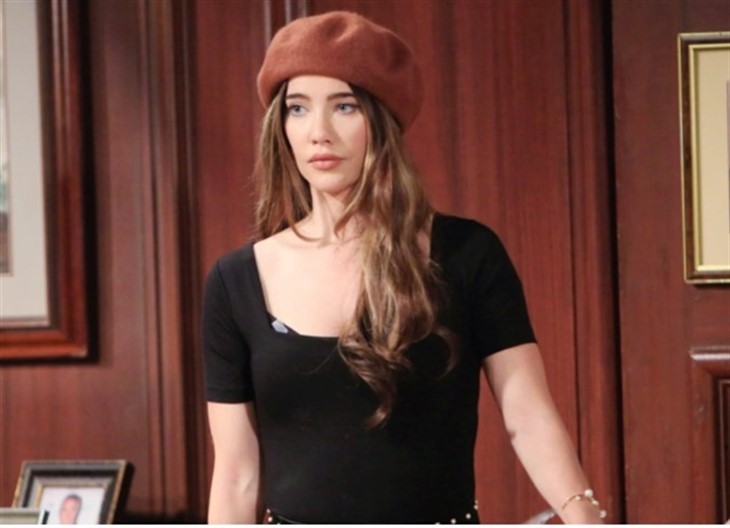 The Bold And The Beautiful Spoilers – Dr. John Finnegan Was Not Happy When Steffy Forrester Confessed Her Sin

Viewers of The Bold and The Beautiful will recall that Finn was not happy when Steffy confessed her sin to him, but he was not nearly as upset with her as he was with Liam! Things got rather ugly in a recent episode when Steffy had left for work and Liam was in her house by himself when Finn walked in!

He accused Liam of taking advantage of Steffy and railed at him for once again waffling from his wife to Steffy! Liam was rather astounded that Finn knew the whole history, and by that time Finn, Liam, Steffy, and Hope Logan Spencer (Annika Noelle) knew that Steffy was pregnant and it could be Liam’s.

Steffy mentioned getting a paternity test to Finn and he agreed that question needed to be settled before anything else happened. Finn comes right out and asks Steffy an uncomfortable question; who would she rather turn out to be her baby’s father, him or Liam? Steffy is taken aback by that question but understands why Finn would ask it. It could mean the life or death of their relationship.

If Finn is the father, that would give him the incentive to stay with Steffy whereas if the baby is Liam’s he may not have as much of an incentive. Finn has told Steffy he loves her and wants to make a life with her, but trust has been broken and he is not quite there yet as far as total forgiveness and trust, although he is willing to try.

The Bold and The Beautiful Spoilers: Summer Tries To Find Out The Truth About Sally From Flo

Finn understands Liam being in Steffy’s life as a co-parent to their daughter Kelly Spencer (Colette and Avalon Gray). In a sense, another Liam Spencer baby is another reason for Liam to stay in Steffy’s life – he may want to take a role as active as he did when she was pregnant with Kelly and they were still together. That would mean Liam would demand that he goes to birthing classes and be Steffy’s labor coach! Finn would feel that if he and Steffy were together in a committed relationship that task should go to him, not Liam, but then there would be the problem of Liam being the baby’s father and asserting his rights!

Liam asserts too many “rights” the way it is – yes, he has rights concerning Kelly. He would have rights concerning the new baby if it does turn out to be his. But Finn doesn’t feel that Liam should have any rights concerning access to Steffy, to her home, and he certainly shouldn’t be able to just come over and make himself at home anytime he wants to with unfettered access!

Finn recognizes that if one gives Liam an inch, he takes a mile and if he and Steffy were to continue with each other, there must be boundaries set like there are with other divorced couples co-parenting! However, Finn will be reminded of Steffy’s infidelity every time the new little one comes in view, should it be Liam’s child. That is something he may not be able to deal with!