The Young and the Restless Spoilers: Sally Recruits Jack Before Summer Strikes – Will It Be Enough To Save Her? 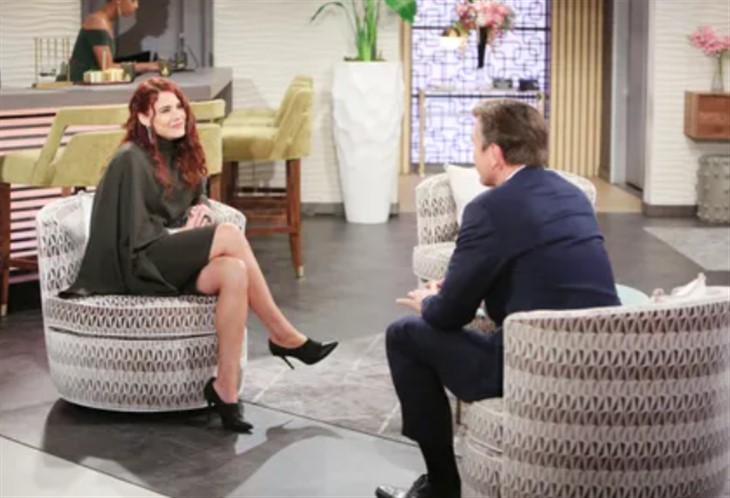 The Young and the Restless spoilers document that in Genoa City, Wisconsin Sally Spectra (Courtney Hope) had to tell Jack Abbott (Peter Bergman) something. So, she offered an intentionally vague reveal.

Sally wasn’t about to tell Jack that she faked a terminal illness and was involved in kidnapping Flo Fulton (Katrina Bowden). But those parts of Sally’s not too distant past might prove to crush her hopes of creating a good life in Genoa City, Wisconsin.

Summer Newman (Hunter King) and Kyle Abbott (Michael Mealor) flew to Los Angeles, California, on a cloaked mission. Yes, they planned to conduct some business with Spencer Publications. But Skyle’s true intent was to gather as much intelligence as possible.

Wyatt Spencer (Darin Brooks) didn’t tell Summer anything useful. But his in-person reaction at Il Giardino encouraged King’s character to believe that she’s onto something that will prove useful.

Y&R Spoilers – Bill Spencer and Flo Fulton In The Know

Bill Spencer (Don Diamont) can offer some tidbits about Sally. But what he’ll have to say will purely be a personal opinion, with the exception of the story about the shot at Sky. That incident made Sally look like a reckless individual.

But Flo has the goods on Sally. There is no reason for her to hold back, as Hope’s desperate character tried to force Flo out of Wyatt’s life through despicable means.

Fans of The Bold and the Beautiful recall that Sally worked with her friend, Penny Escobar (Monica Ruiz), to push a scheme. Sally claimed to be near death. Eventually, the lie was exposed, with Flo’s suspicions confirmed. But Penny and Sally kidnapped her just prior to when that arc ended.

Jack has taken Sally under his wing, with Theo Vanderway (Tyler Johnson) having wised up and flown away to Paris, France. Jack sensed that Sally needed a fresh start and has been facilitating that.

However, Bergman’s character has its limits. Jack delivered Summer when she was born and Kyle is his trusted son. So, there will be limits to Jack’s generous nature.

As for Sally’s crossover to Y&R, it’s now fair to wonder if Skyle’s trip means that Hope has a limited run on this show? Although, whatever backstories come to light could potentially be overcome through Sally’s sheer force of willpower and possibly, Jack’s continued help.