The Bold And The Beautiful Spoilers: Carter Heartbroken, But Zoe Blames Zende, Paints Herself A Victim? 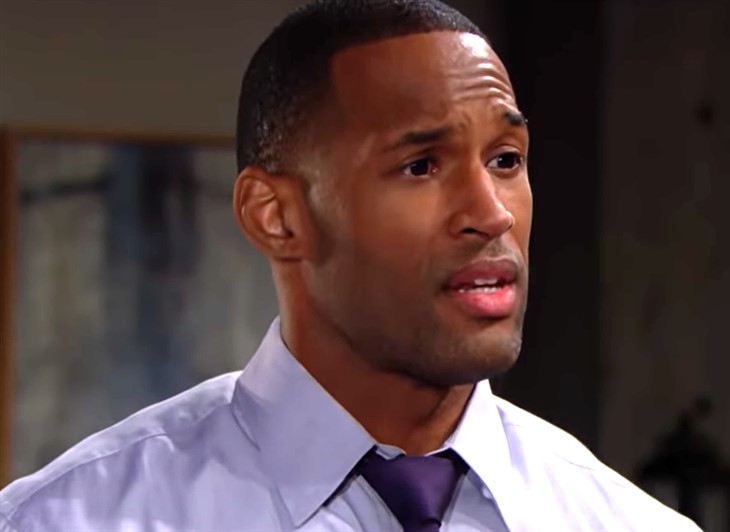 The Bold and the Beautiful spoilers reveal that in Los Angeles Paris Buckingham (Diamond White) decides that Carter Walton (Lawrence Saint-Victor) should know the truth. As she decides to expose Zoe Buckingham (Kiara Barnes), she is being interrogated by Ridge Forrester (Thorsten Kaye). Carter learns the truth and is heartbroken, but expect Zoe to do damage control.

The Bold And The Beautiful Spoilers -Carter Walton Heartbroken

B&B spoilers reveal that Paris isn’t the only one that has something to tell Carter. Ridge Forrester (Thorsten Kaye) has something to share with the COO, but it will break his heart. It isn’t revealed how Carter finds out about Zoe’s extracurricular activities. However, Soap Opera Digest confirms the truth comes out during the week of January 25. It is stated that Carter is in disbelief when he is told that Zoe and Zende Forrester (Delon de Metz) are more than friends.

Zoe is already paranoid about Carter finding out the truth. Things are escalating between her and Paris. Plus, Ridge questions her about the true nature of her relationship with Zende. Zoe doesn’t want to lose Carter, but it’s not because of love. She wants to have all the money and prestige that will come with being the COO’s wife. She knows the truth is going to come out at some point, so she comes up with a devious plan to make sure she’s the one who looks like the victim.

The Bold And The Beautiful Spoilers – Blaming Zende Forrester

The Bold and the Beautiful spoilers suggest that Carter confronts Zoe about what he has been told. Zoe is no stranger to secrets or lying. She did it for nearly a year during the “PhoeBeth” storyline. It looked like she was getting on the right path for a little while, but that was short-lived. It seems Zoe should be in acting rather than modeling.

When Carter tells Zoe about what people are saying about her, she will already have an explanation. She could blame Zende for all of it, even going as far as to say he’s obsessed with her. That he is only pretending to be interested in Paris to get close to her. That she has tried to rebuff his advances, but he won’t listen. If she goes this route, then that would explain why he stays with Zoe. It would also explain why Carter confronts Zende and lays down the law.

Head writer and executive producer Bradley Bell previously told SOD that in 2021, Carter sets boundaries with Zende. Even though Zoe is the one putting the moves on Zende, she doesn’t want Carter to know that. The model isn’t sure which man she wants, but she knows that it will look really bad if she’s exposed as a player. There was a time when Zoe considered Zende her “kindred spirit,” but she will throw anyone under the bus as long as make her look like the innocent victim. It seems that this storyline is far from over.

Be sure to catch up on everything happening with B&B right now. Come back here often for the Bold and the Beautiful spoilers, news, and updates.