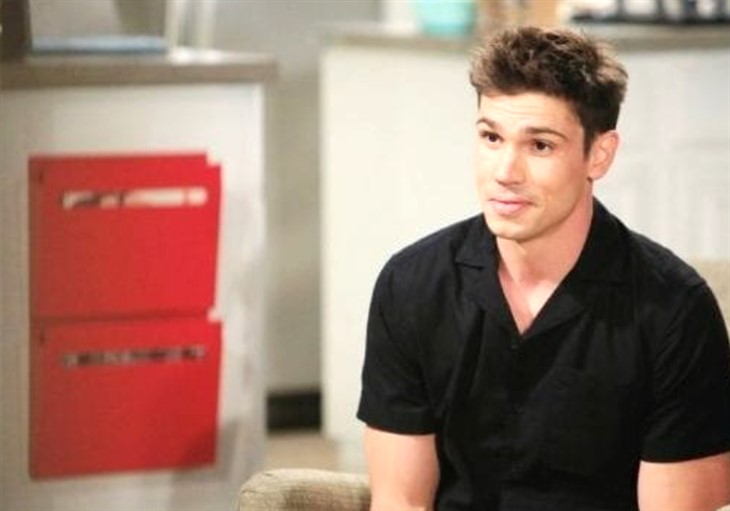 The Bold and the Beautiful spoilers tease that in Los Angeles John Finnegan (Tanner Novlan) has come across as a clean-cut cat. But a true script flip would have him altering the paternity test results that Steffy Forrester (Jacqueline MacInnes Wood) will have conducted.

Finn has the motive, means, and opportunity to skew the outcome in his favor. He’d be motivated to block Liam Spencer (Scott Clifton) from being rightfully identified as the father. Finn works at the hospital, which gives him access to the laboratory system. And, he will have plenty of opportunities to create the shift while no one would be watching.

The Bold And The Beautiful Spoilers – Steffy Forrester Pursues The Truth

B&B is winking at Steffy’s motivation to have Finn be named as the father of her next child. She’s directly told Liam that’s what she wants.

Steffy is the person who was encouraging Liam to never tell Hope Spencer (Annika Noelle) the truth, or to at least hold back from doing so until the paternity test is conducted and the results are known.

The above implies that Steffy could decide to make her latest love into the father of her expected child, whether Finn is that, or not.

Liam did not get off to a good start with Finn. As viewers recall, he accused the doctor of having an unethical conflict when Steffy was first released from the hospital, which followed her motorcycle accident.

Liam’s pointed accusation was made because he believed Finn was negligent in caring for Steffy, which enabled her abuse of prescription pain medication. That stretch left Finn leery of Liam. The doctor eventually told Liam that he was right to call him out about his personal feelings, with Sinn later acknowledged as a couple and Steffy switching doctors.

Assume that Liam will be the biological father of Steffy’s baby, which is speculative at this point in the plot. If that proves out, wouldn’t it be plausible to believe that Finn would refuse to give Steffy up?

Instead of likely losing her to Liam, Finn could either alter the results himself or work with a colleague who would adjust the outcome in his favor. Steffy and Liam wouldn’t be expecting the doctor to behave in that manner and probably wouldn’t question the results, which would establish a delayed reveal that would eventually drop in the future.