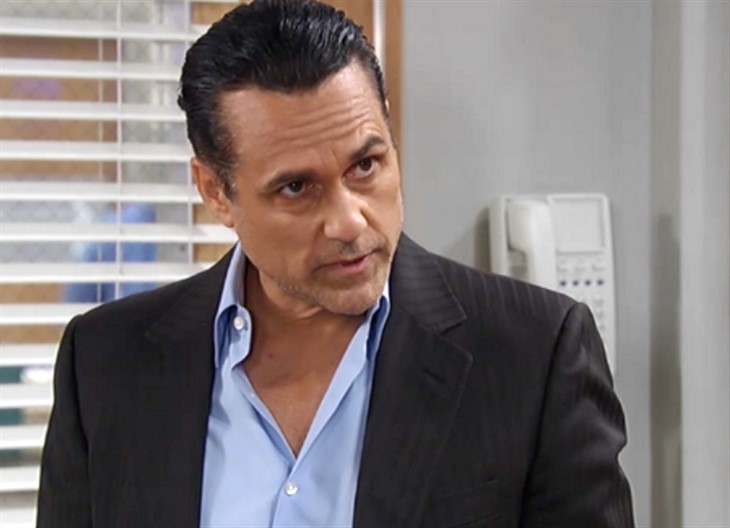 General Hospital (GH) spoilers reveal that Maurice Benard (Sonny Corinthos) received a very precious Christmas present and he and it are bonding nicely.

He posted a video of him and his new friend to Insta with the caption: “My daughter @cailey_avila bought me a really great present for Christmas. I want everybody to meet her, her name is Venasa! @save_the_orangatangs @generalhospitalabc.”

The gift is an adorable little orangutan doll and it’s clear that Maurice is smitten with it! It has a little tuft of hair on its head, big eyes, and even has a little outfit on.

One fan posted, “Looks so real, but not blinking!!! But I think you need to monkey around!!!”

General Hospital Spoilers: Jason And Britt Strategize To Prove Cyrus Is Using GH For A Front

Right now Sonny is not monkeying around back in Port Charles, he truly does not know who he is! He has amnesia after falling off of a bridge, surviving icy waters, and landing face down in the snow for lawd knows how long. And yet when he was found he was in remarkable shape considering all he had gone through. His designer pans still held their creases, and his pricey shirt had not a wrinkle. All he has to show for his wear and tear is a little scratch on his forehead.

He also had a morale boost from his late dad Mike Corbin (Max Gail) who appeared to him in a vision and rallied him to not quit, live, son, live! 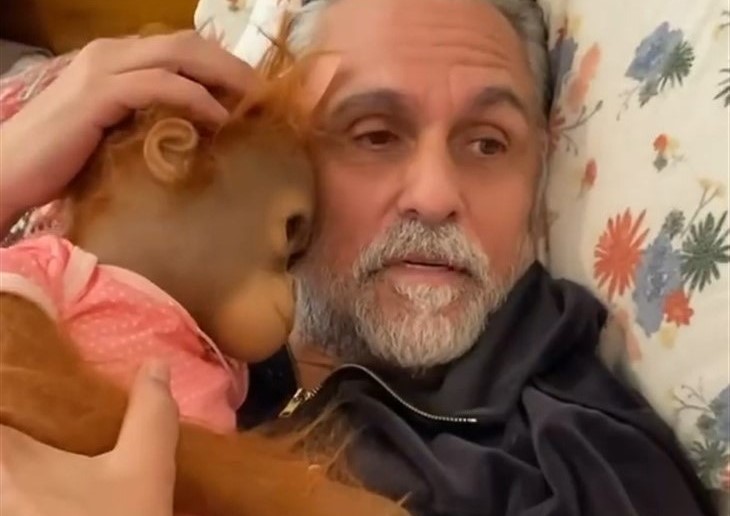 The otherworldly pep talk worked and Sonny was found and taken to a local health care facility. There he met friendly nurse Phyllis Caulfield (Juliette Jeffers) who was once upon a time Nina Reeve’s (Cynthia Watros) nurse.

Nice Phyllis fed Sonny some non-hospital grub and he could tell she was a fellow connoisseur–they bonded immediately and now he is staying in the room above her and her husband’s bar.

It helped that Sonny foiled a robbery attempt as soon as he got there!

What’s next in this twisty turny story of “Mike” aka the most notorious mobster on the East Coast? So far no one knows who he is and his family has all but buried an empty coffin. Anything can happen next but some think that Nina will discover him and keep the secret to herself to get back at Carly Corinthos (Laura Wright).