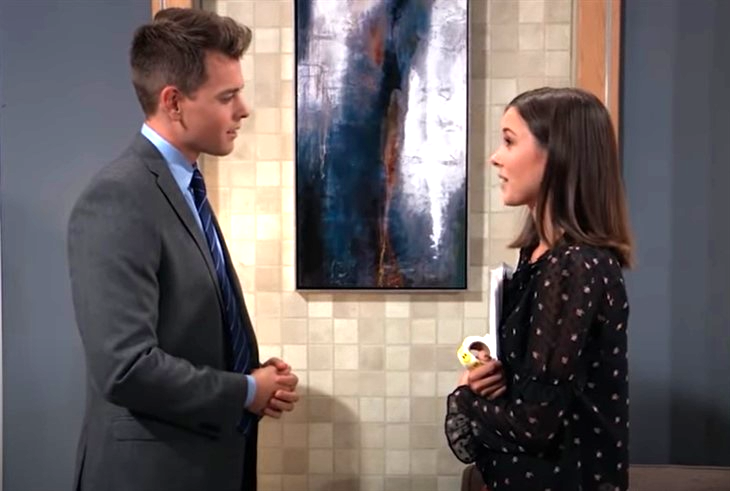 General Hospital spoilers and rumors indicate that in Port Charles, NY Nina Reeves (Cynthia Watros) will find out that Wiley Corinthos (Theo and Eric Olson) is her grandson and will want custody. Nina was deprived of knowing her daughter Nelle Jerome (Chloe Lanier) until she was older and wants to make amends. Will Michael Corinthos (Chad Duell) and Willow Corinthos (Katelyn MacMullen) reunite to protect Wiley?

General Hospital’s Willow used to be Charlotte Cassadine’s (Scarlett Fernandez) teacher. Willow and Nina we at odd several times over Charlotte and Nina managed to get Willow fired. Willow knows the lengths that Nina will go to when it comes to a child she loves and certainly won’t want Wiley turned into that entitled child that Charlotte always was.

General Hospital spoilers show Wiley is a well-adjusted child and doesn’t need his life turned upside down. Willow and Michael don’t want Wiley to be the bully that Charlotte was either and will be very worried that this will happen if Nina is allowed in his life.

GH Spoilers – Nina Reeves Could Try To Stop The Adoption

If General Hospital’s Willow hasn’t already managed to adopt Wiley, Nina could try to put a stop to that. After all, Nina isn’t going to want to be kept from her grandson and may feel that Willow would try to do that. Both Willow and Michael could certainly decide that Nelle inherited her craziness from Nina.

Nina has been in a mental institution. General Hospital recaps show Nina kidnapped Avery Corinthos (Ava and Grace Scarola) at birth. And Nina hated Willow for a long time before they bonded over Wiley’s kidnapping. Will the reveal of Nina’s daughter cause their old rivalry to resurface? Will Nina believe that Willow should not be raising her grandson?

General Hospital’s Willow and Michael could make the case that Nina could take off with Wiley at any time since she has a history of kidnapping. Nina’s lack of parenting skills has also been evident from the way she condoned everything Charlotte did. Nina could turn Wiley into another Nelle if she had access to him and Michael and Willow do not want that. Michael is not going to want his son used as a replacement for Nina’s child, especially when she’s had such a volatile relationship with Willow. Can Michael and Willow protect Wiley from Nina’s influence?