The Bold And The Beautiful Spoilers: 5 Things Thomas Did To Bring Hope Back Into His Orbit 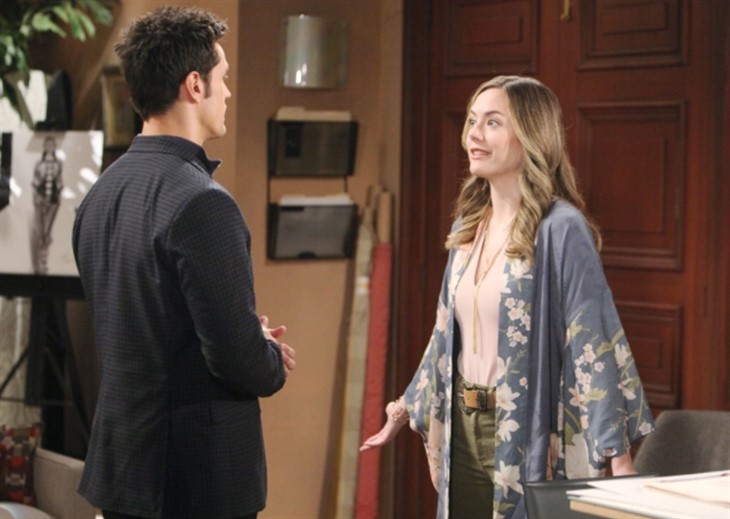 The Bold and the Beautiful spoilers tease in Los Angeles there might be a strong possibility that Thomas Forrester (Matthew Atkinson) might be successful in bringing Hope Logan (Annika Noelle) back into his orbit. Even though Hope has every reason to keep her social distance from the handsome Forrester son, she can’t help but once again feel like she’s being roped into his world. But this time around, the consequences might be more than severe. Here are five things you need to know about Thomas and Hope’s future.

#1 Thomas Knows They Would Be A Perfect Family

In Thomas’s mind at least, he knows that he and Hope Logan would make a beautiful, solid, and loving family. After all, he’s proven quite a few times that he wants Hope and no one else. With little Douglas Forrester (Henry Samiri) by their side, Thomas knows that they would be the envy of everyone in this fictional town of Los Angeles.

While Thomas Forrester certainly has a lot of flaws in his character if there is one thing that we can give him credit for, it’s that he is no Liam Spencer (Scott Clifton). He’s not someone who is going to flip-flop between two women. Even though Thomas has been a little too creepily obsessed with Hope in the past, at least she can count on the fact that Thomas will never leave her side and especially not for another woman.

#3 This Might Be His Last Shot To Make Things Right

Thomas Forrester might be the one person who keeps getting a second chance to make things right, only to go back to where he started from. But this time around, it might be different. Realizing that he needed some major intervention after the Hope mannequin doll debacle, Thomas knows that this is his only shot at real love and happiness.

#4 As Much As She Tries, Hope Logan Can’t Keep Away

You’d think that by now Hope would make the necessary steps to keep as far away from Thomas as possible, but that just hasn’t happened. Maybe it’s because he’s so compelling in what he does or says or maybe because he’s just so handsome and irresistible, but Hope just can’t get herself to stay away from the man, despite all of the red flags around him.

#5 The Glue That Holds Them Together

With all of the above said, let’s face it: the glue that holds Hope and Thomas together is little Douglas. Seeing how that little boy is going nowhere anytime soon, Hope will forever be connected to Thomas, for better or for worse.