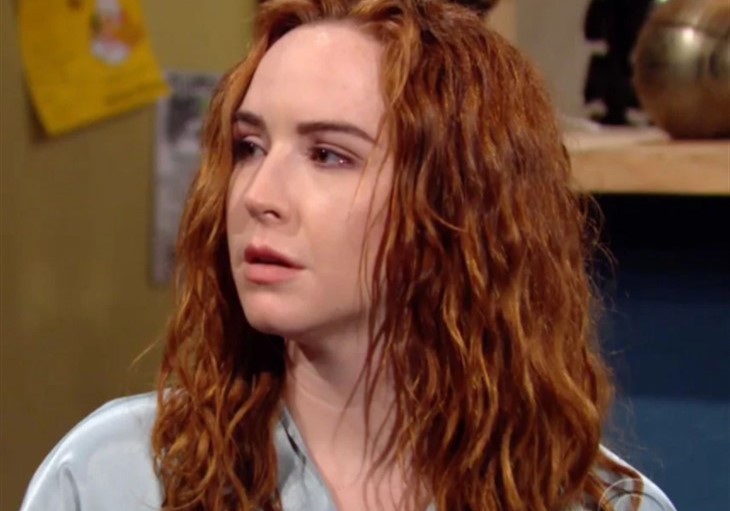 Viewers of the Young and The Restless will remember that Abby wants to have a baby more than anything, and as soon as possible. Her new groom Chance agrees. But Abby was worried all along that because of the miscarriage she suffered years ago that she would not be able to conceive, and three different gynecologist’s opinions unfortunately agreed. There was just too much uterine scarring from the miscarriage, and no treatment available that would solve the problem. Abby would likely never be able to conceive, and even if she did, the embryo would not have anything to attach to inside her uterus and she would miscarry again.

Her father, Victor Newman (Eric Braeden), aunt Traci Abbott, (Beth Maitland), and mother Ashley Abbott (Eileen Davidson) all tried to reassure her, as her close friend Mariah Copeland. Previously, her sister Victoria Newman (Amelia Heinle) had also tried to instill hope in her by talking about her difficulties in conceiving until she had her daughter. However, Victoria is out of the loop as to what has happened since they talked and doesn’t know about the newest information.

However, Victor and Chance both talked about that just because Abby couldn’t conceive or carry babies, it didn’t mean that there weren’t options. One option they have is in-vitro fertilization – in other words, a “test-tube baby”. It would be Abby and Chance’s baby in every way, it would just be another woman who carries the baby and gives birth to him or her. In other words, a surrogate!

The Young And The Restless (Y&R) Spoilers: Camryn Grimes Creeped and Freaked Out Over Fan Mail

Next week:
Abby asks Mariah to be her surrogate.#YR

Mariah and Abby are very close friends, and they have been for a long time. Abby has to take some time to think about the possibility of Chance and her trying in-vitro fertilization and their baby being carried and born by a surrogate mother. It is quite an expensive procedure, but the Newmans are a very wealthy family and Abby knows that her father, or even her mother, would not have any problems in helping arrange the financial part of it. The Abbotts are also quite wealthy. Abby wants someone who is close to her and not a stranger to carry their baby, even if it is only one baby. She and Chance may have issues asking anyone to surrogate for more than one baby, but they will take it a day at a time and a baby at a time.

She knows that Mariah and her significant other Tessa Porter (Cait Fairbanks) have talked about having children, although they had decided it was not their time as a couple to do so. Tessa is on the road touring far too much to think about starting a family with Mariah at this time. However, Abby wonders if Mariah is a good enough friend to do the supreme favor – to carry Abby and Chance’s child and be a surrogate mother! She understands that Tessa and Mariah would have to agree on something this important as well, even though it wouldn’t be their child to raise as a couple.

Abby wouldn’t want to cause any trouble between them. Perhaps when the time comes that they want a child of their own they could return the favor by offering for Chance to be a sperm donor. Abby and Chance and Mariah and Tessa – possibly with Tessa long distance if she’s touring – discuss the matter and they all agree. Mariah will be happy to carry Chance and Abby’s baby!