General Hospital Spoilers: Nikolas Wants To Be A Good Step-Dad, Asks Laura For Help With Avery 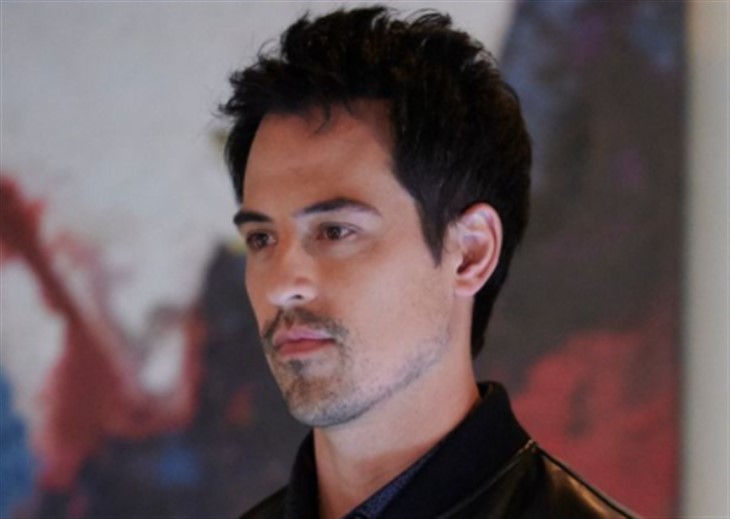 General Hospital spoilers tease that in Port Charles, NY Nikolas Cassadine (Marcus Coloma) will ask his mother for advice about helping his little step-daughter Avery Corinthos-Jerome (Ava and Grace Scarola) with her grief in an upcoming episode of General Hospital!

General Hospital viewers will remember that nearly immediately after finding out Sonny Corinthos (Maurice Benard) was missing and presumed dead, Ava Jerome Cassadine (Maura West) swooped in to remove Avery from the Corinthos compound. The custody agreement had been between Ava and Sonny, not between Ava, Sonny, and Carly Corinthos (Laura Wright), and Ava made sure that Carly knew it! She didn’t deny Carly’s visitation, nor Josslyn Jacks (Eden McCoy).

The visitation rights would likely include baby Donna Corinthos (Ella and Emma Hulen) as well, although Ava didn’t mention either by name to Carly when she picked Avery up. She did tell Joss she was welcome to visit Avery any time when she came to get Avery’s “good luck charm”, meaning Nelle Benson’s (Chloe Lanier) half of Nina Reeves’ (Cynthia Watros) split heart pendant that she had found in the woods. The first person to find out about Avery’s found treasure was Sonny, although he didn’t question Avery a whole lot about where it came from or recognize it as looking like Nina’s.

Avery told her mother that she wanted the necklace back because it made her feel like her daddy Sonny was close to her, probably because of that conversation. Nikolas will likely feel guilty seeing Avery grieve and not knowing how to make her feel better, since he knows Spencer Cassadine (Nicolas J. Bechtel) felt the same way when Nikolas himself was missing and presumed dead!

Nikolas will seek out his mother, Laura Collins (Genie Francis) for advice about how to help Avery with her grief. Nikolas already feels guilty, but Laura will probably use the example of herself dealing with little Spencer’s grief when Nikolas disappeared and was presumed dead, just like Sonny. Sonny fell with a collapsing bridge, while Nikolas was shot out of a second-story window on Cassadine Island. Spencer was a little older than Avery is now, around ten years old whereas Avery is more like five or six.

Nikolas is in the awkward position of having been alive while presumed dead, and he really isn’t sure whether to try to give the little girl hope that Sonny might return or just help her grieve his death. The hope could be false, and Sonny’s body could eventually be found although the presumption from the searchers is that his remains were swept out to sea and nothing will ever be found. Laura will not want to dig in her heels with a “now you know how Spencer felt” speech but bringing up the situation will be unavoidable since Spencer’s grief over Nikolas is the only life experience she has to draw on.

Spencer doesn’t remember when his mother, Courtney Matthews (Alicia Leigh Willis) died, he was still a preemie in the neo-natal unit of General Hospital when Courtney died shortly after he was born. He feels her in spirit from time to time and recognizes her, however. Laura will agree that it is best to proceed with the presumption of Sonny’s death so as to not give Avery any false hope, although really it is her mother’s job to deal with her grief. Nikolas understands but wants to support Ava in supporting Avery.