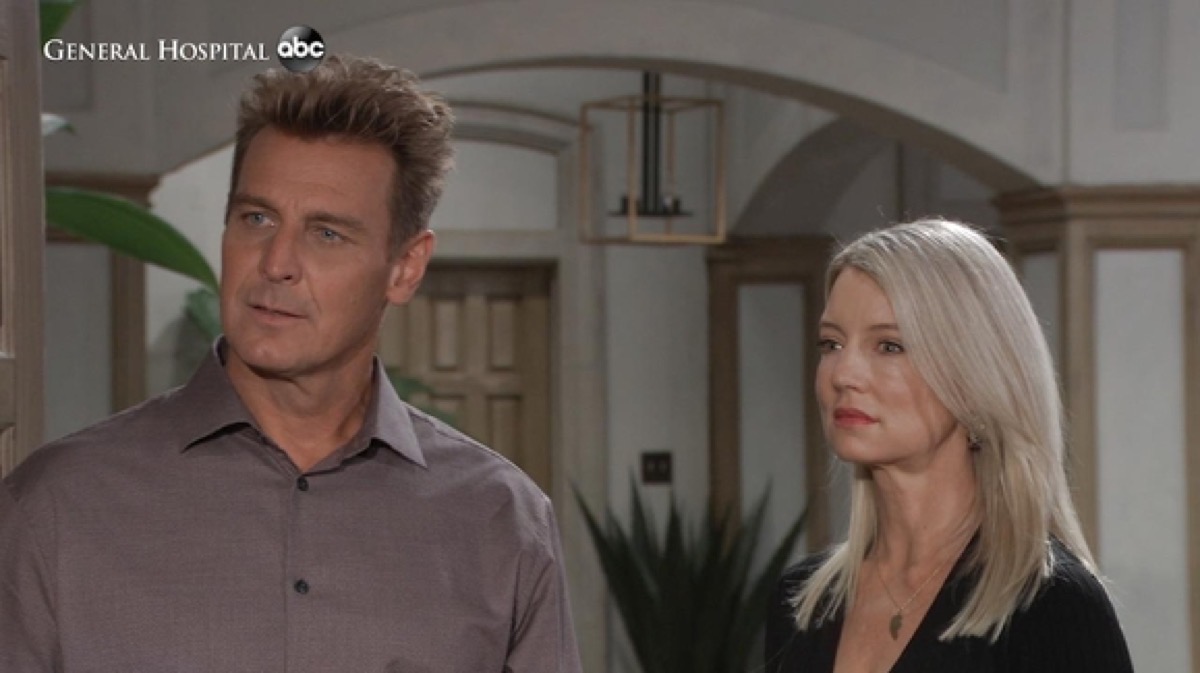 General Hospital viewers will recall that Carly Corinthos (Laura Wright) had Damian Spinelli (Bradford Anderson) hack into the computer systems at Mountain View Landing Care home and had Florence Grey (Annie Abbott) transferred out. Florence is now in one of the Corinthos safe houses in Port Charles, being cared for by Bobbie Spencer (Jacklyn Zeman). Both Martin and his brother, Cyrus Renault (Jeff Kober) have been in a panic over their missing mother! Martin had told Valentin about his missing mother, and Valentin had offered to help find her.

The preview picks up with Martin sitting at the bar in the Metro Court, very frustrated. He calls Valentin and reminds him that he has done what Valentin wanted in regards to the defense of Alexis Davis (Nancy Lee Grahn). An angry Martin tells Valentin it’s his turn and asks what he is doing towards finding his mother. Valentin is in the yard at the house where Jax lives with Nina Reeves (Cynthia Watros).

He asks Martin to just not talk for one second – he has a lead on the information he wants, and he is following up on it now. A confused Martin asks what the lead is, but Valentin hangs up. Martin is even more frustrated! Meanwhile, Valentin rings the doorbell on Jax’s house. Inside, Jax rushes down from upstairs, having heard the doorbell, and shouts out that he’s got it as he runs towards the front door to answer it. (PROMO HERE)

Jax continues towards the front door, shouting that he is expecting a delivery. What he obviously is not expecting is Valentin Cassadine at the front door! Valentin sarcastically but politely tells Jax he was nowhere in the neighborhood and just thought he’d drop by. Then he asks Jax if he has a minute to talk. Jax, clearly annoyed, tells Valentin never to think that he can ever just drop by, and tries to brush him off. Jax tells Valentin that he doesn’t have a minute for him and tries to shut the door, but Valentin, like a persistent door-to-door salesman, presses on! He tells him maybe he will reconsider and then raises his voice and loudly asks if Nina knows what Jax is doing for Carly!

Nina appears behind Jax’s shoulder and tells Valentin that’s a good question – she looks up at Jax and asks, “Do I?” In response, Jax turns around and does a doubletake at Nina, and then another one at Valentin! General Hospital viewers will recall that Jax and Carly have been keeping a secret – one that will really upset Nina if she finds out, and that is the secret that they know that Nelle Benson (Chloe Lanier) was her birth daughter. It sounds like Valentin does too because he doesn’t know that Carly is connected to Florence’s disappearance yet!