The Bold and the Beautiful (B&B) Spoilers: Hope and Liam’s Marriage Shatters – Thomas Picks Up The Pieces 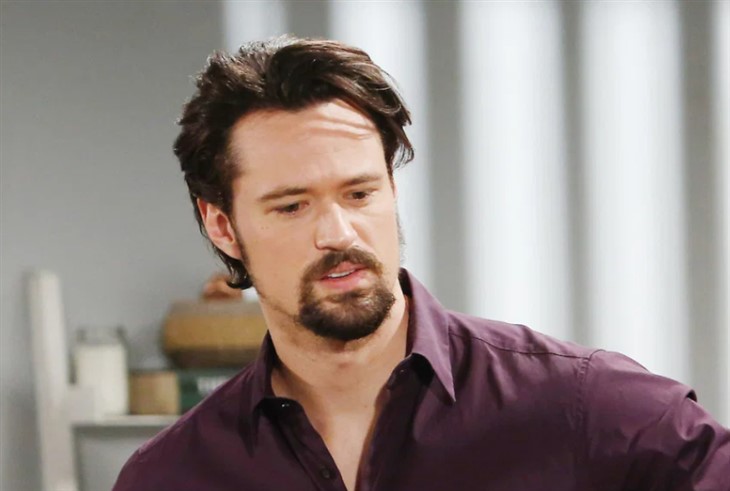 The Bold and the Beautiful (B&B) spoilers document that in Los Angeles Thomas Forrester’s (Matthew Atkinson) radically changed approach to a life impacted Hope Spencer (Annika Noelle). She and the viewers were transfixed in hearing him say that she should give Liam Spencer (Scott Clifton) a second chance.

What’s happened confirms that Thomas is being written on a real redemption path. Yes, he can always veer off the road, or fully revert to his old ways. But why have Atkinson’s character do that when this apparent arc is so intriguing?

Hope told Liam that she needed time, but wasn’t ruling out the possibility that Lope could survive. However, her attitude was expressed before he mentioned Steffy Forrester’s (Jacqueline MacInnes Wood) pregnancy.

The above appeared to be a deal-breaker. Hope knows that Liam could be the father and if so, that seemed to telegraph the end of Lope. But Thomas is telling Hope to stay with Liam, no matter the paternity test outcome.

Steffy told John Finnegan (Tanner Novlan) that she wants to be with him. Her reasons included saying that she likes who she is with him in his life. He is much different than Liam and that is part of the developing Sinn dynamic.

Thomas enhances the positive as well. He’s controlling or has fully ended his obsession with Hope. As part of that metamorphosis, Thomas really is being honest with Hope because he recognizes that she loves Liam, he loves her, and that they should be together with their family.

Liam’s deep self-reflection was needed, but it follows what Thomas has already been doing about his own life. Thomas is ahead of Liam in that respect.

The Bold And The Beautiful Spoilers – Thomas Forrester Can Win

It would be an ironic outcome if Hope begins to fall in love with Thomas. If that happens it will be because he advised her to stay with the man she loved first, Liam.

In order for Hope to even consider that possibility, she will need to conclude that her days with Liam are over. That could happen whether he’s the father of Steffy’s baby or not.

Seeing Thomas win Hope’s heart would be rather remarkable. But this storyline is possible because of the skill in which the plots are being written and the manner in which the performances are being offered.