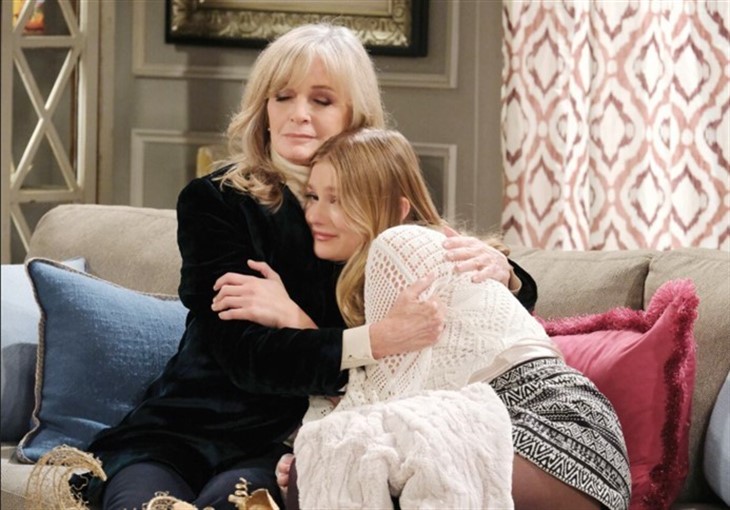 Days of Our Lives (DOOL) spoilers say that in Salem seeing how Allie Horton (Lindsay Arnold) still doesn’t have a clear picture of what had actually happened during that one ill-fated night that she was assaulted. At first, Allie had assumed that it was Tripp Dalton (Lucas Adams) that had violently assaulted her – which ultimately led to her pregnancy – but it turns out that it was actually Charlie Dale (Mike Manning) who committed the crime. Here’s what you need to know.

According to the latest edition of Soap Opera Digest, Marlena Evans (Deidre Hall) will hypnotize Allie to see if she can remember who had assaulted her in London. At first, she’s hesitant to cooperate as she simply doesn’t know what to expect and her confidence is at an all-time low. But after speaking to her most trusted family members, Allie realizes that this needs to be done.

Speaking to the publication in a new interview, actress Lindsay Arnold, who plays Allie on the hit NBC soap, puts it this way, “She realizes that it wasn’t Tripp and sees that it was, in fact, Charlie who somehow ended up getting into her apartment and assaulting her. She basically realizes that Tripp was actually a total gentleman, a nice guy who helped her home and that Charlie was the one who did this. It’s a huge shock to her and a huge blow to the entire last few months for her because she’s had a totally different story that she thought happened.”

DOOL Spoilers – The Truth Is Hard For Allie HortonTo Handle

Days of Our Lives spoilers say that the truth is understandably very emotional for Allie, as she now has to deal with the fact that it was someone totally different who had assaulted her that night. Lindsay goes on to say that her character is feeling quite overwhelmed about the entire situation. Needless to say, DOOL fans will have to tune in to find out what will happen next. Days of Our Lives airs weekdays on the NBC network. Check your local listings for times.