General Hospital (GH) Spoilers: Steve Burton Has Something To Celebrate, Thrilled to Be Back On Set 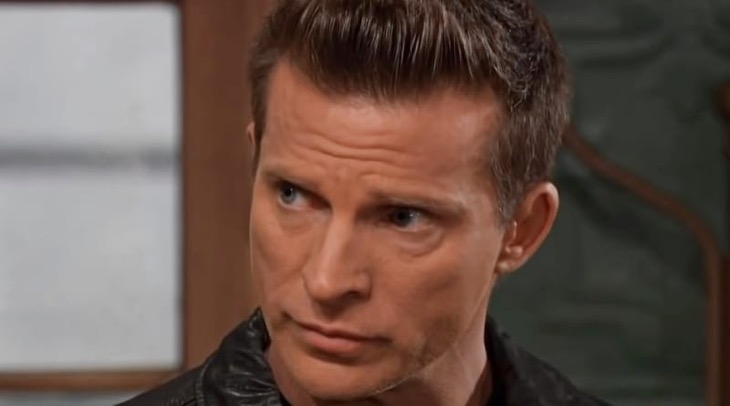 General Hospital (GH) spoilers reveal that Steve Burton (Jason Morgan) is letting his fans know exactly how he feels to be back at work, and everyone should be so lucky!

He posted a pic of himself standing outside the set under the ubiquitous GENERAL HOSPITAL sign, obviously in character with his black t-shirt and perfectly spiked hair.General Hospital Spoilers – Steve Burton Loves His Job And The Fans Love Him

He captioned the pic, “Flash Back Friday… but it is good to be back! @generalhospitalabc.” And with that, he echoed the sentiments of several of his costars who posted similar thoughts on social media, as well as millions of fans who were holding their collective breath. COVID cases have surged in LA, postponing some productions but GH has been spared another major production stoppage.

This spring all four American soaps ceased filming due to the coronavirus pandemic and filming did not start up until well into summer.

The fans heartily agreed with Burton with one writing, “YES!!!!!! Top favorite actor! Please don’t ever leave!,” and another posting, “Sexy, respectful, family man. I am one of your biggest fans you go, boy!”

And one fan said what is on the minds of tons of viewers when they wrote, “Please go find Sonny!!!”

Yeah, Jason, why aren’t you out there looking for your boss? Since when did you take law enforcement’s word on anything? And besides that, it would appear that for once Jason’s infamous Spidey Sense is shockingly offline. Can’t Damian Spinelli (Bradford Anderson) do anything about that?

The fan is referring to the absence of Port Charles mobster Sonny Corinthos (Maurice Benard) who everyone believes is dead. As in literally swimming with the fishes after disappearing from a collapsed bridge.

Surprise! Sonny is alive and well, thinks he is “Mike” and is cleaning the heck out of a bar he’s been allowed to bunk in.

He has amnesia but darns sure still know how to take down an armed man, and his culinary expertise also remains intact. It’s just a matter of time before the coffee importer returns to Port Chuck, but in the meantime, he is without his bipolar medication which could put him in a precarious situation.

Fans are betting that Nina Reeves (Cynthia Watros) finds him and keeps his whereabouts a secret to spite Carly Corinthos (Laura Wright)!