The Bold And The Beautiful Spoilers: Ridge Sees Too Much! Zoe Begs Him Not To Tell Carter 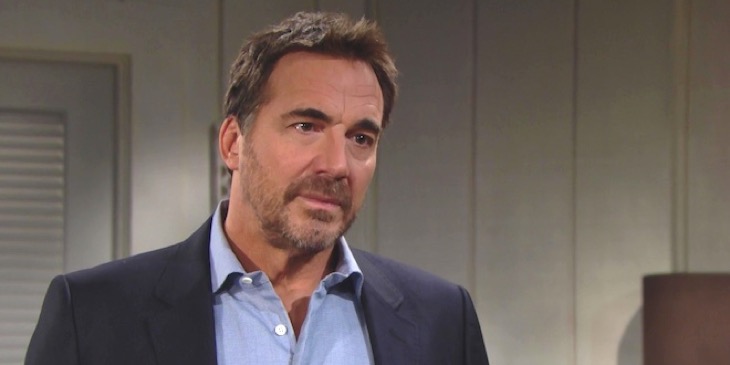 The Bold and the Beautiful spoilers reveal that in Los Angeles during the week of January 25, Ridge Forrester (Thorsten Kaye) stops at the Forrester mansion. He wants to talk to Zende Forrester (Delon de Metz) and get him to tell the truth about Zoe Buckingham (Kiara Barnes). He ends up learning the truth… by walking in the door and getting an eyeful! Find out what happens next.

The Bold And The Beautiful Spoilers – Ridge Forrester Demands The Truth

B&B spoilers reveal that in the upcoming week, Ridge will try and find out what the deal is with Zoe. She’s going to be marrying Carter Walton (Lawrence Saint-Victor) but is openly flirting with Zende. Ridge is confused and wants to know if it’s just harmless flirting or if there is something more between Zende and Zoe. However, neither of them will confess when they are confronted. Ridge even goes to Paris Buckingham (Diamond White) hoping to get answers, but she won’t tell him anything either.

After getting nowhere with Paris, Ridge decides to try and talk to Zende again. He just knows that something is off and doesn’t understand. Carter is a good friend and if Zoe’s stepping out on him, then Ridge wants to know. He walks inside the Forrester mansion and hears voices. He quietly gets closer since Zende has a guest, who just happens to be Zoe! Without alerting them to his presence, Ridge listens to their conversation. Zoe declares her love to Zende and she wants them to be together. It doesn’t seem like Zende feels the same way because he doesn’t say anything. He won’t even admit to having feelings for his best friend’s fiancee.

The Bold And The Beautiful Spoilers – Ridge Forrester Sees Too Much

The Bold and the Beautiful spoilers from the new issue of Soap Opera Digest reveal that Ridge is blown away by Zoe’s admission. It is teased that he ends up seeing too much and catches the pair getting way too cozy. That is when he comes out of hiding and angrily confronts the duo. He demands answers, but Zende and Zoe have nothing to say. Finally, Ridge exclaims, “This is really messed up!”

After Ridge explodes and tells them exactly what he thinks about their tryst, Zoe finally says something. She desperately pleads with Ridge to be discreet and keep what he saw and heard confidential. The co-CEO can’t believe what he is hearing. Just a few minutes earlier, Zoe wasn’t thinking about Carter at all and was professing her eternal love to Zende. Now that she’s been caught red-handed, all of a sudden she’s begging him to keep it a secret? Ridge is disgusted and storms out without giving Zoe an answer.

She knows that Ridge is going to tell Carter everything. She can’t stop him from talking, but she does try to brainstorm a way to avoid getting dumped. But who will Carter believe? Will he trust Ridge who is his longtime friend and employer? Or will he be conned by a woman he barely knows, but plans on marrying anyway?

Be sure to catch up on everything happening with B&B right now. Come back here often for the Bold and the Beautiful spoilers, news, and updates.