The Bold And The Beautiful Spoilers: Zoe And Zende Get Busted By Ridge, Will He Break Carter’s Heart 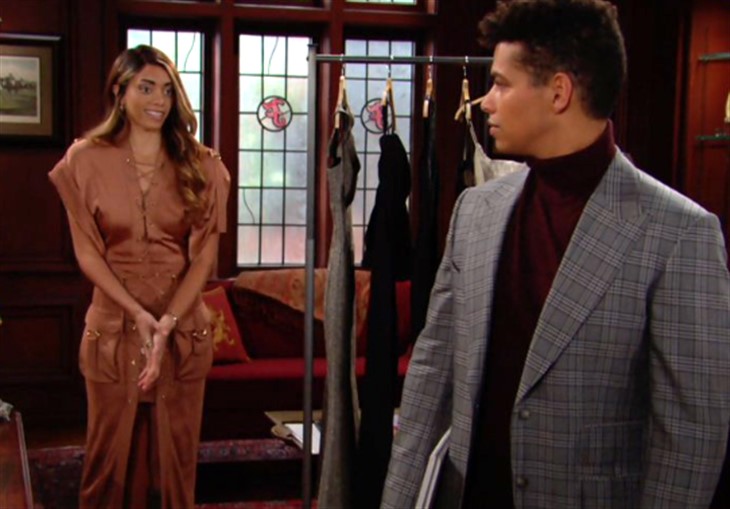 The Bold and the Beautiful spoilers say that in Los Angeles it was only a matter of time before this was going to happen. Ridge Forrester (Thorsten Kaye) will bust Zoe Buckingham (Kiara Barnes) and Zende Forrester (Delon de Lutz) and only after Carter Walton (Lawrence Saint-Victor) asks him to be his best man at his wedding. Here’s what you need to know.

After Carter said that it would mean so much to him if Ridge were to be his best man at his wedding, Ridge can’t feel a little torn over the situation as he has seen the attraction between Zoe and Zende. That’s when he decides to do a little investigating on his own.

Speaking to Soap Opera Digest in a new interview, actor Thorsten Kaye, who plays Ridge on the hit CBS soap, puts it this way, “He sees that Zende and Zoe may have a thing for each other, after Zoe pledged herself to Carter, so it’s a little confusing. What Ridge is doing now is just trying to find out if this is just some kind of silly infatuation or if it is something more. That is what’s going on here.”

The Bold and the Beautiful spoilers say that Ridge will have a private conversation with Zende to see exactly what is going on. However, not being satisfied with Zende’s denials, he turns to Paris Buckingham (Diamond White) for some answers. However, all she says is that they are just friends.

B&B Spoilers – Ridge Forrester Has A Huge Decision To Make

That’s when Ridge heads to the Forrester mansion just to see Zende with Zoe. During that moment, Zoe pledges her love to Zende. And while Zoe is very concerned about what Ridge might say to Carter, she doesn’t deny anything. Now Ridge has a huge decision to make: he either helps Carter by telling him the truth or he hurts Carter by also telling him the truth.