The Bold And The Beautiful Spoilers: Zoe Crossing The Line – Will Zende Give In To Her? 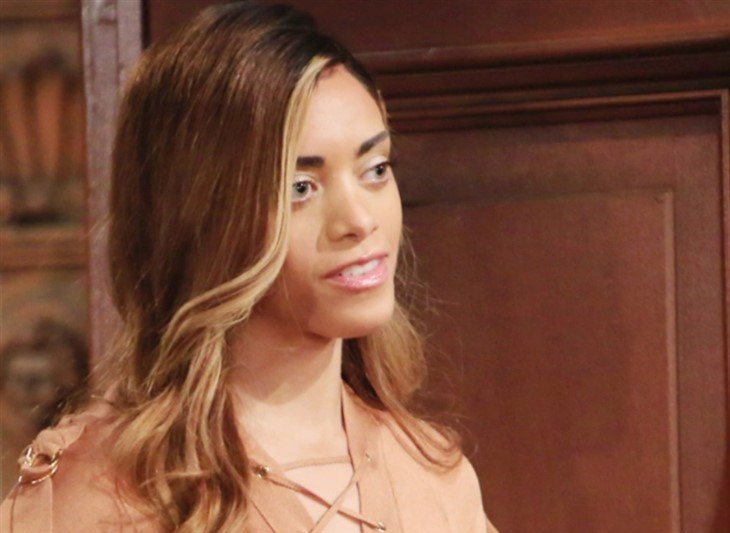 Zende’s challenge is staving off Zoe’s repeated requests that they explore whether they can be a couple, or not. As viewers, Zende, and Ridge know, the problem doesn’t have to do with de Metz’ character, he’s single. But Zoe agreed to marry Carter.

Carter has wanted to marry Zoe almost from the moment he first saw her. He rushed to engagement, with Barnes’ alter ego agreeing after consulting with Zende first.

The Bold And The Beautiful Spoilers: Carter Heartbroken, But Zoe Blames Zende, Paints Herself A Victim?

In a missed opportunity, Zende sent a text to Zoe asking her to hold off. But, as viewers have likely experienced themselves, the digital message failed to send. Apparently, the Forrester Creations building doesn’t have reliable WiFi, his carrier’s service is spotty, or the smartphone isn’t great.

So, Carter’s recent tell to Zoe, about wanting to get married soon, creates pressure. According to B&B spoilers, either Zoe will follow through, or Carter will begin doubting himself and questioning her intentions.

Zoe has acknowledged the spark with Zoe. But he also informed her of the commitment she made to someone who he considers to be a friend.

Intriguingly, Bold and Beautiful spoilers show Zoe seems to be sloughing off Zende’s comments about Carter. That underscores the belief that she certainly isn’t in love with Saint-Victor’s character. Instead, she just likes him, thinks he attractive, and also is interested in his career connections.

Paris Buckingham (Diamond White) picked up on a pattern. Her older sister, who is acting out of jealously where Zende’s interest in Paris is concerned, has repeatedly mentioned Carter’s position.

As Paris said, why is Zoe focusing on her fiance’s career status? Well, it would seem that’s a major factor in Zoe’s consideration of her own advancement. In other words, the Zarter engagement and intended marriage were okayed partially because of the connection it affords Zoe.

But Zende’s arrival gave Zoe a perceived better option on two fronts. The first is that she has significant feelings for him, as compared to Carter. The second is that he’s a Forrester and Carter isn’t.

HH is a leading source for everything linked to The Bold and the Beautiful. Check back regularly for B&B spoilers, comings and goings updates, and soap opera news!