The Young And The Restless Spoilers: Devon And Elena Share A Passionate Kiss – She Confesses He Is The ONE for Her! 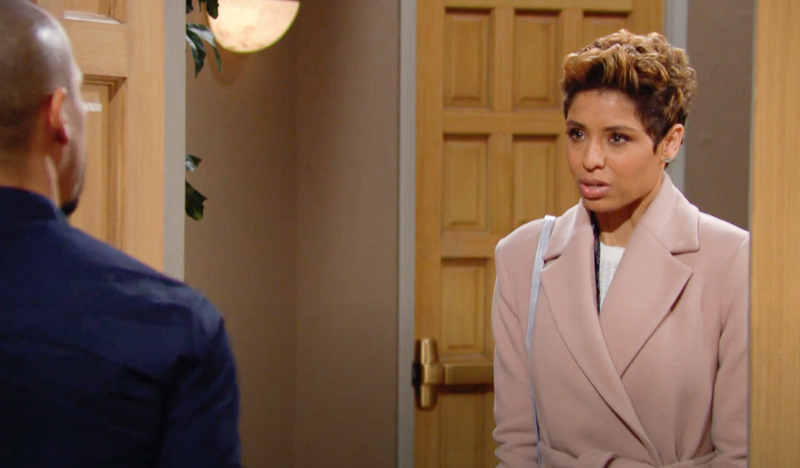 The Young and the Restless spoilers say that in Genoa City, Wisconsin sooner or later, everyone knew this was going to happen. It was only a matter of time before Devon Hamilton (Bryton James) and Elena Dawson (Brytni Sarpy) knew that they had to be together again, as they find themselves in familiar territory. Here’s what you need to know.

The Young and the Restless Spoilers: Devon And Elena Share A Passionate Kiss

Jealousy can sure be an ugly drug, and it’s one that Elena now realizes she needs to stay as far away as possible from. Even though she has already admitted to sleeping with Nate Hastings (Sean Dominic) and with Devon spending so much time with Amanda Sinclair (Mishael Morgan), the two have finally come to the realization that they indeed belong together and that no one or anything should stop them towards their path to happiness.

Speaking to Soap Opera Digest in a new interview, Bryton James, who plays Devon on the hit CBS soap, says that his character is trying to backtrack now to see how he missed all of the previous signs. He told the publication, “He wants to understand what led her to be unfaithful to him. He still thinks it had something to do with him getting close to Amanda, and if Elena didn’t sleep with Nate out of revenge, then it has to be that there was something going on between them and Devon never saw it coming.”

Y&R Spoilers – What’s Next For Devon Hamilton And Elena Dawson?

The Young and the Restless spoilers say that Elena finally confesses that she never had any true feelings for Nate and that Devon has always been the ‘one’ for her. For the first time, Devon realizes just how he was making Elena feel jealous. He was being selfish for being there for someone else other than the woman he supposedly loved.

The two end up having a passionate kiss but if there’s anything we’ve learned about love in this fictional town of Genoa City, it’s that the feeling doesn’t always last very long. Of course, The Young and the Restless fans will have to tune in to find out what will happen next!

The Young And The Restless (Y&R) Spoilers: Lily And Victoria’s Conflict…