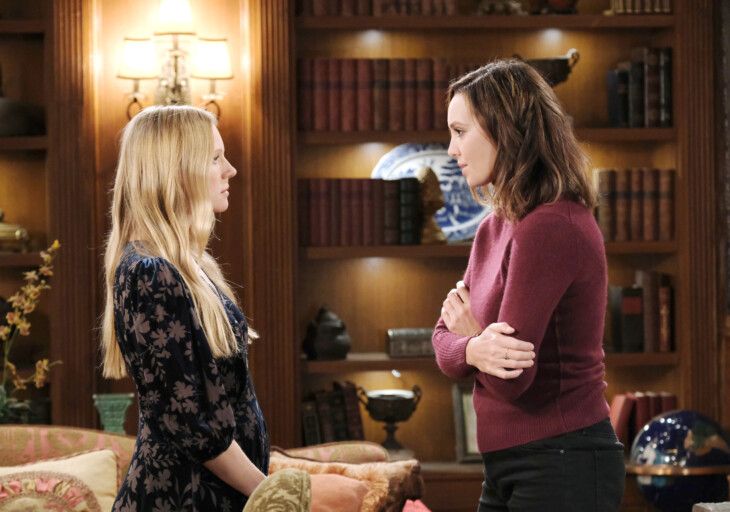 The secret is now out and if anything the hurt and angry woman is even more dangerous to the entire Deveraux family, but especially to her sister Abigail DiMera (Marci Miller).

DOOL headwriter Ron Carlivati recently talked to Soaps.com about this scintillating storyline and we have the fiery details for you here.

Days Of Our Lives spoilers – What Happens Next In Salem?

According to Ron, “The sort of irony for Gwen is that in a strange way, she’s sort of found the family that she always wanted. Had she taken a different approach, she could have waltzed into town and stepped into a ready-made family.”

Instead, she came armed for bear and did awful things like drug Abigail, bust up Jack’s marriage, and supposedly sleep with Chad DiMera (Billy Flynn).

Rather than plead her case and perhaps be accepted by the family, Gwen went berserk. “Instead, she opted to blow their lives sky high. Obviously, there was probably a much better way than Gwen could have handled the situation, but it would have been a lot less fun.”

And soaps are all about fun, the zanier the better! In that way, Gwen is the gift that keeps on giving. Surely she is not done draining the swamp now that her secret is out?

Ironically, according to Ron, “In a weird way, Gwen winds up being part of the collateral damage her scheme leaves in its wake. She’s clearly driven by very deep-seated anger that’s had years to bubble beneath the surface.”

“But if you look past that volcanic fury and her very self-destructive actions. There’s a sadness and hurt that’s almost childlike in ways that she’s probably not even aware of.”

Days Of Our Lives spoilers – February Sweeps Is Coming Up

What happens next now that Gwen has slept with Abi’s husband? Ron teases that, “That just makes things so much more complicated where Chad and Abigail are concerned. It’s one thing for her to try and forgive him for having gotten drunk and slept with another woman, but in the wake of these revelations, she has to deal with who that other woman really is.”