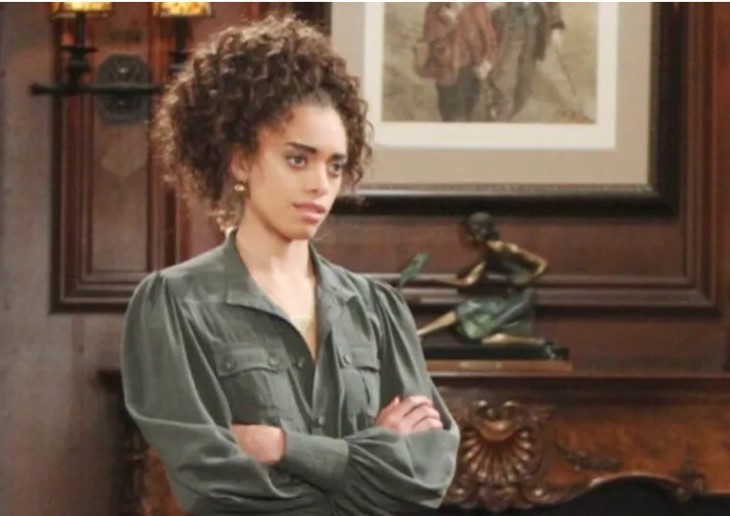 The Bold and the Beautiful (B&B) spoilers document that Zoe Buckingham’s (Kiara Barnes) choice to let her full feelings be known will generate dramatic consequences. She’s talked herself into a corner because of what Zende Forrester Dominguez (Delon de Metz) was told and because her sister overheard that watershed conversation.

B&B’s setup was brilliant. Zende’s text, sent in the recent past, finally hit Zoe’s smartphone. The contents of that message, if received when he initially sent them, would have altered Zoe’s decision to marry Carter Walton (Lawrence Saint-Victor). Now, Paris Buckingham’s (Diamond White) awareness of that event influences what comes next.

Zoe feels that the text’s time delay shouldn’t affect one of the decisions that Zende can make. The others are linked to his longtime friendship with Carter and the feelings Zende has been developing for Paris.

If Zende and Zoe didn’t have a spark, then he never would have sent that text. He wasn’t able to prevent her storyline from unfolding as it has and is now passionately telling Zoe to appreciate what can be, rather than endanger her engagement by pursuing a theory.

Love can be classified as a subjective issue if B&B’s characters choose to see it that way. Zende agrees with that outlook because he’s telling Zoe her desire to explore whatever feelings might be between them isn’t wise. Plus, he feels that she should honor her promise to Carter.

Zoe made a serious commitment when agreeing to Carter’s request for her hand in marriage. She could have said no at the time. But, as viewers recall, Zoe sought Zende’s input and received it.

While Zoe and Zende felt the spark between them, they hadn’t been open about what seemed to exist. Zarter was the choice, not ZoZende.

Zende and Carter have been friends for a number of years, which dates well beyond when Zoe moved to Los Angeles, California. The character de Metz plays don’t lead with the friendship point when talking to Zoe about her life, but he does include it as an important factor. The issue of respect involves Zoe’s prior commitment to Carter and the value Zende places on his own, enduring connection to him.

The Bold And The Beautiful Spoilers – Alternative Option Is A Factor

The write-in of Paris established many possibilities. Some are already playing out.

Paris is not romantically interested in Carter, but she does like Zende and has kissed him. As she told her sister, he’s an available single man.

Zoe’s recent, seemingly odd actions, were fully revealed through the conversation Paris heard Zoe having with Zende. The sisters are, in fact, rivals for Zende. That conflict is now primed to play out.