The Young And The Restless Spoilers: Who Is A Greater Threat To Victoria – Lily Or Adam? Vote Now! 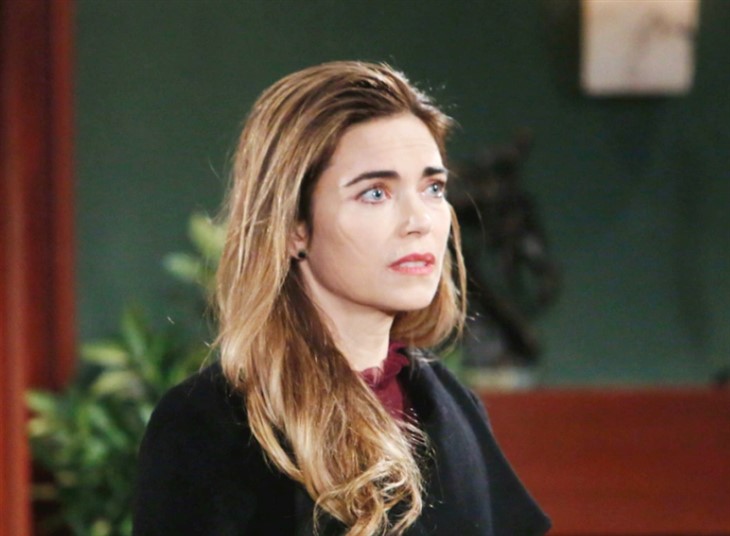 The Young and the Restless (Y&R) spoilers document that in Genoa City, Wisconson Victoria Newman (Amelia Heinle) finds herself in two precarious positions. In one, she sees a person as a rival for a man she claims not to want. As for the other position, Victoria apparently doesn’t see that Adam Newman (Mark Grossman) is unknowingly working his way back into the family fold.

Lily Winters (Christel Khalil) was no factor in the most recent Villy breakup. She wasn’t involved with Billy Abbott (Jason Thompson) at the time. Instead, Thompson’s character decided to end his relationship with Victoria for reasons that related to himself.

Adam intended to move out of Genoa City, Wisconsin, with Chelsea Lawson (Melissa Claire Egan). Chadam wanted to do so in order to escape the Newman vortex and live near Connor Newman (Judah Mackey). But those plans were forcibly changed when Chelsea had her stroke, which led to what appears to be a potential rapprochement between Adam and Victor.

The Young And The Restless Spoilers – Billy Abbott Is Greatest Love

There is no real argument about this topic. Billy is Victoria’s greatest love. J.T. Hellstrom (Thad Luckinbill) is arguably number two.

Having Billy suddenly leave naturally evoked feelings of betrayal and abandonment. Victoria was fully justified on both points.

Adam is genuinely grateful to his father. He recognizes that Victor Newman’s (Eric Braeden) voluntary offer to fly in a specialist to aid Chelsea’s recovery was heartfelt.

While distrust naturally persists, all hardcore viewers know the pattern. Victoria is aware that her father’s paternal instincts blind him to Adam’s needy, manipulative disposition.

However, she is currently allowing herself to be distracted by Billy’s deepening interest in Lily. BiLily’s realization means that Victoria will likely not be prepared for Victor’s potential decision.

The Young And The Restless Spoilers – Victoria Newman Running The Show?

Victoria does not have to be bumped from the top spot in order for the conflict to erupt. Victor could simply make a decision that doesn’t fully consider the resulting consequences.

Adam can be put into a position below Victoria and Nikki Newman’s (Melody Thomas Scott) level somewhere within Newman Enterprises. But whatever role Victor may choose to give Adam, as part of his efforts to fold him back into the family, the intense drama will be sparked.