The Young And The Restless (Y&R) Spoilers: Nate & Amanda Lonely Hearts Again – Devon & Elena Back Together? 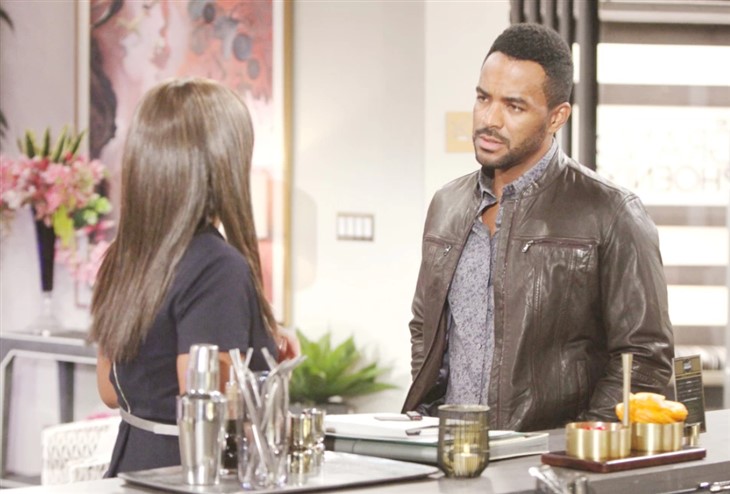 The Young and the Restless spoilers document that Nate Hastings (Sean Dominic) and Amanda Sinclair’s (Mishael Morgan) brief exploration of romance appeared to be done. However, an unexpected development between a former couple could revive hopes for a Nemanda pairing.

As viewers know, Devon Hamilton (Bryton James) and Elena Dawson (Brytni Sarpy) share a kiss. While it is not intended to initiate reconciliation, it does provoke natural speculation.

Elevon, or Delena if one prefers, was a couple of fans could clearly root for. But the viewer’s emotional investment, just like Devon’s, was crushed when Nelena formed.

Elena can be objective when it comes to the work within her vocation. She needs to take a balanced view of what is best for her patients. However, dealing with her own mixed feelings for Devon and growing connection to Nate is not an easy decision or one she has been able to make quickly.

The love that grew between Elena and Devon was natural. They forged a very strong relationship that was surely headed toward marriage and hopefully, children.

But a serious error in judgment was made with Nate and that broke Devon’s heart. Yes, he was angry. But the sorrow within his disappointment created deep angst that has only started subsiding.

Devon is in a unique position. If Amanda were anyone other than his late wife’s identical twin sister, then his bond with her wouldn’t be as unique as it is.

Demanda hasn’t happened yet, but this duo is on the verge of becoming a couple. Both people are interested in exploring what comes next. While that answer is unknown, it feels like Y&R wants this to happen.

Hevon was one of this soap’s great couples in the 2010s. Revisiting the stellar work that James and Morgan combined to offer is natural, making Demanda a seeming cinch.

When Nate learns about the kiss, he will naturally wonder if Elena will stay with him long-term. He knows that she’s still adjusting to life, post-Devon. So, clarification will be needed.

As for Amanda, she hasn’t fallen hard for Devon yet. But her awareness of the kiss will be a red flag. Like Nate, she will want to know where Devon stands before risking her heart.