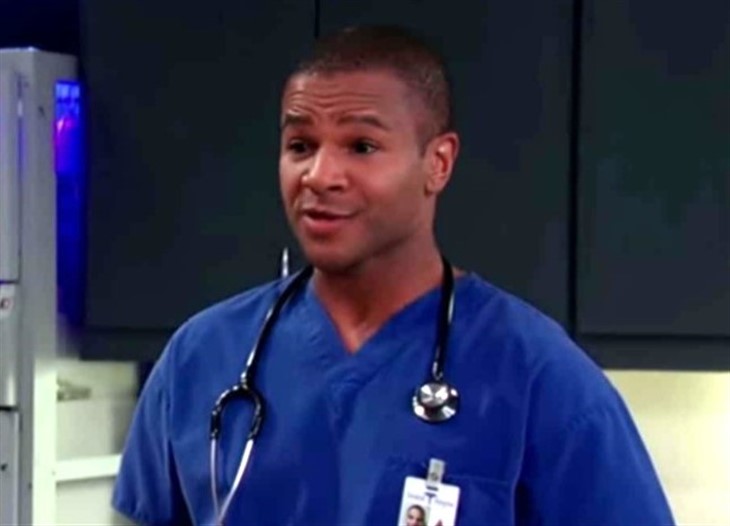 Longtime General Hospital viewers will remember several years ago there was a love triangle between Felix, Brad, and Lucas. Felix wanted to be with Lucas and Brad wanted to be with Lucas, and Lucas wound up choosing Brad. They were eventually married. But Lucas soon realized that Brad had some major, glaring faults. He obviously did not take enough time to really know Brad and see who he really was. The worst of all were the lies. Brad became involved in one shady, conniving scheme after the other the whole time that he and Lucas were married.

There were plenty of things that Lucas never even found out about – like when Brad took credit for, and profited off, of Dr. Hamilton Finn’s (Michael Easton) cure for Blackwood’s Syndrome! Brad also doctored many lab tests when he was working in the lab at General Hospital. Brad also doctored their adopted son’s medical records at General Hospital – sure, it was to protect Wiley Cooper-Jones who was later revealed as Wiley Corinthos (Erik and Theodore Olson) from Hank “Shiloh” Archer’s (Coby Ryan McLaughlin) prying eyes.

But it was also to protect himself because the worst of Brad came out when he swapped babies with Nelle Benson (Chloe Lanier) and kept it secret for well over a year! All that time to protect Wiley from Shiloh when he wasn’t even Shiloh and Willow Tait’s (Katelyn MacMullen) baby to begin with! All that time Michael Corinthos (Chad Duell) grieved his dead son and Lucas didn’t know he was parenting his grandnephew!

General Hospital Spoilers: Nikolas Wants To Be A Good Step-Dad, Asks Laura For Help With Avery

General Hospital viewers will recall more recent episodes when Brad was brought into General Hospital after being stabbed in Pentonville Prison. Cyrus Renault (Jeff Kober) had put an internal hit on Brad inside the prison as part of an unwarranted, unasked for favor for Julian Jerome (William DeVry). It was really blackmailed to get him to place the bomb in the Floating Rib in order to kill Jason Morgan (Steve Burton). But Jason and his son left before the bomb went off, and Julian didn’t know that the burner phone Cyrus gave him to call him on would trigger it!

Lucas was on duty and had to treat Brad for his gunshot wound, and he had a difficult time emotionally having to do so. Brad wanted forgiveness, but Lucas could not bring himself to forgive Brad. The pain was still too fresh after the reveal that Wiley Cooper-Jones was really Wiley Corinthos, and Wiley-Cooper Jones was dead! In the meantime, Felix had a couple of relationships, one that had appeared to be serious, but it fell apart also. Felix and Lucas will find themselves working together and being in each other’s path more often during upcoming episodes of General Hospital.

They will become closer also and maybe the lovelorn Felix will have a second chance with Lucas. The question is, will Lucas be fully ready to try love again and realize he should have chosen Felix instead of Brad to begin with?