The Bold And The Beautiful (B&B) Spoilers Next Week: Brooke And Thomas’ Deal, Good Intentions Has Tragic Outcome? 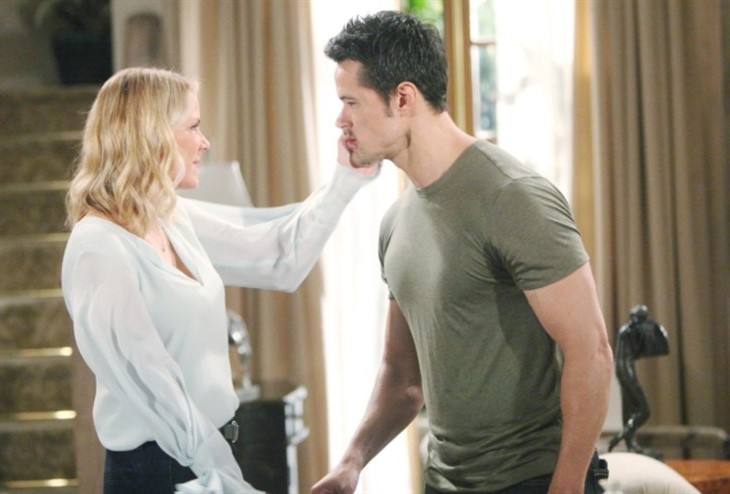 The Bold and the Beautiful (B&B) spoilers for the week of February 8 reveal that in Los Angeles Hope Logan (Annika Noelle) will continue feeling like an empty shell. Both Brooke Logan Forrester (Katherine Kelly Lang) and Thomas Forrester (Matthew Atkinson) will do anything to see Hope smile again. They end up making a deal. Could their good intentions cause more pain in the end, though?

The Bold And The Beautiful Spoilers – Hope Logan’s Despair

B&B spoilers reveal that ever since finding out about Liam Spencer’s (Scott Clifton) betrayal and Steffy Forrester’s (Jacqueline MacInnes Wood), Hope has been lost. She can’t wrap her head around how her marriage could go so wrong. She’s shutting down, withdrawing, and Brooke is concerned that her daughter will slip into a deep depression.

In the past, Thomas would take full advantage of a situation like this. He always knew that Liam was going to hurt Hope. However, he can’t stand seeing her in so much pain. His heart hurts for her and he wishes that he could make everything better. He is doing the best he can to be a support system for Hope and it’s something that hasn’t gone unnoticed.

The Bold And The Beautiful Spoilers – Brooke Logan Forrester’s Desperation

The Bold and the Beautiful spoilers reveal that Brooke will do anything to see her daughter smile again. She doesn’t like seeing that empty look in her eyes. Hope has lost her spark and glow, which has Brooke desperate to take action. She knows that she can’t make Liam’s cheating and Steffy’s paternity issue disappear. But she does think that there might be a way to bring some happiness into Hope’s heart again. She feels that her daughter just needs something that brings some happiness into her heart.

In the new issue of Soap Opera Digest, it is confirmed that during the week of February 8, Brooke and Thomas strike a deal. These two shares one thing in common. They both love Hope and will do anything to end her pain. Brooke has noticed how much time Hope is spending with Thomas. She sees that Hope opens up to him and seems to trust him. Brooke can tell that Thomas brings something good to Hope’s life amid the heartbreaking chaos. Even though a few months ago, she would never let Thomas get closer to her daughter, things have changed.

Could Brooke use Thomas to help Hope find happiness again? While it might work, what happens when Hope finds out about the “deal?” Could Brooke’s good intentions spiral out of control and end up causing more pain in the end? Thomas might be cured of his obsession for now, but if he’s suddenly handed Hope on a silver platter, things could escalate into dangerous territory very quickly.