The Bold And The Beautiful Spoilers: Paris And Ridge Team Up, Vow To Protect Carter’s Heart 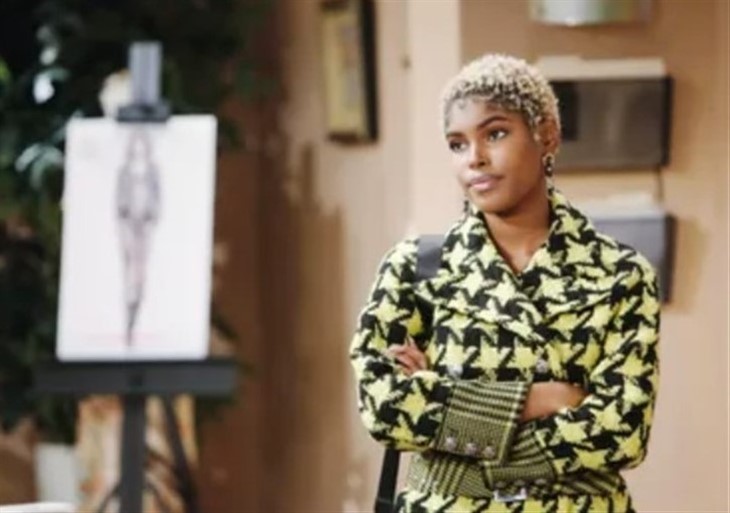 The Bold And The Beautiful Spoilers – Ridge Forrester’s Concern

B&B spoilers reveal that Ridge has never quite trusted Zoe. However, he thought that Carter’s relationship was going smoothly. After all, why would a woman accept a marriage proposal unless she was committed to him, right? Ridge’s internal alarm system started blaring when he observed Zoe’s flirtatious comments to Zende, though. He asked both Zoe and Zende about their feelings but didn’t get any answers. Then he went to Paris, but she insisted that there was nothing inappropriate going on between Zoe and Zende.

After her conversation with Ridge, Paris overheard Zoe talking to Zende. She was shocked and furious by what she heard. After Zende made his exit, Paris confronted her sister and the two women got into it. Paris mentioned that Zoe hadn’t changed at all and it’s just like before. That gives us confirmation that Carter and Zende aren’t the first men that Zoe has played a game with. She has always behaved this way and shows no remorse for her mind games.

The Bold And The Beautiful Spoilers – Paris Buckingham Takes A Stand

The Bold and the Beautiful spoilers reveal that Paris can’t believe that Zoe is playing these games. She feels bad for both me, but heard Zende turn down Zoe and sternly remind her that she is engaged to Carter. It seems that Zende is sick of Zoe’s seductive games, especially since Carter is one of his oldest friends. While Zende is aware of what Zoe is doing, Carter remains blissfully in love. The Forrester Foundation newcomer feels awful that he is just a plaything for Zoe. This compels her to take a stand and do the right thing.

According to the new issue of Soap Opera Digest, Paris will align herself with Ridge. Together, they team up to try and protect Carter’s heart. However, Zoe has no intention of stopping her games. In fact, she steps it up with Zende. Then, she learns that Carter could soon find out what she’s been doing. She tries to avoid the consequences by informing Carter that she’s ready to set a wedding date and wants to marry him as soon as possible.

However, Ridge and Paris might have something to say about that. When Carter is told about Zoe’s double life, how will he respond? Will he finally open his eyes and see the truth about Zoe? Or will he be in denial and end up making the biggest mistake of his life by marrying her?