General Hospital (GH) Spoilers: What’s Never For Maxie Once Her Life Is Blown Up? 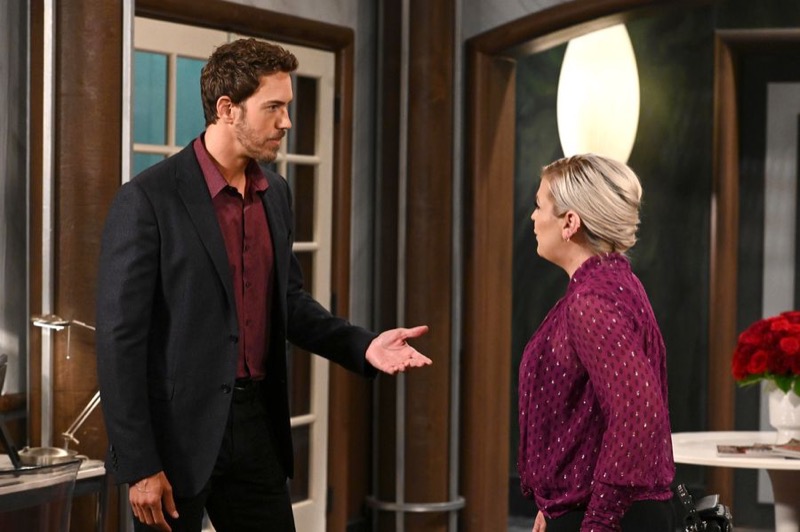 General Hospital (GH) spoilers and recap reveals  Maxie Jones (Kirsten Storms) is about to have her life blown apart. Whether Franco Baldwin (Roger Howarth) tells her the truth about Peter August (Wes Ramsey) or Liesl Obrecht (Kathleen Gati) does it. What will Maxie’s next move be when Peter is no longer her main focus?

General Hospital’s Maxie still has Deception and her partners, Lucy Coe (Lynn Herring) and Sasha Gilmore (Sofia Mattsson). Maxie could throw herself into work. Maxie just spoke to Sasha about her new contract. Maxie could throw herself into making sure that Sasha sticks to her contract when it comes to her drug use. Maxie knows that she helped Lucky Spencer (Jonathan Jackson) ruin his life with drugs and has promised to make sure that isn’t the case with Sasha. Perhaps helping Sasha can be a distraction for Maxie.

Maxie Jones Has Her Children

General Hospital’s Maxie already has two children. Losing Peter, especially to a past that he swore wasn’t his will be very upsetting for Maxie. Maxie’s pregnancy could suffer because of Peter’s exposure. Maxie could end up losing this baby because of Peter’s downfall. If this baby survives, Maxie is going to have her hands full with two children at home and one that visits regularly. Maxie may need someone to lean on and turn to Dante Falconeri (Dominic Zamprogna) for support. After all, the two could bond over their children and missing Lulu Spencer (ex-Emme Rylan). Perhaps Maxie and Dante could become a couple after this.

General Hospital’s Maxie and Damian Spinelli (Bradford Anderson) almost married years ago. Could Maxie and Spinelli reunite and raise their children together? Spinelli is the father of Maxie’s oldest child. Maxie and Spinelli haven’t been together for years but couples often reunite years after separating. Maxie and Spinelli could come together as an older, wiser version of themselves. Spinelli would be a great father to Maxie’s younger children as well as his daughter. In reality, Nathan West (Ryan Paevey) would probably rest much better with Spinelli raising his son instead of Peter.

General Hospital’s Maxie has her parent’s help as well. Maxie doesn’t need a man to help raise her children. However, Maxie is usually better with a man in her life. Maxie wants to continue to be a career woman and see that her children have a good life. Now that Maxie is going to be a mother of three, she is going to have to be more careful. Will Maxie stay away from Peter once he’s convicted of his crimes? Can Maxie forgive the person who blows her life apart?