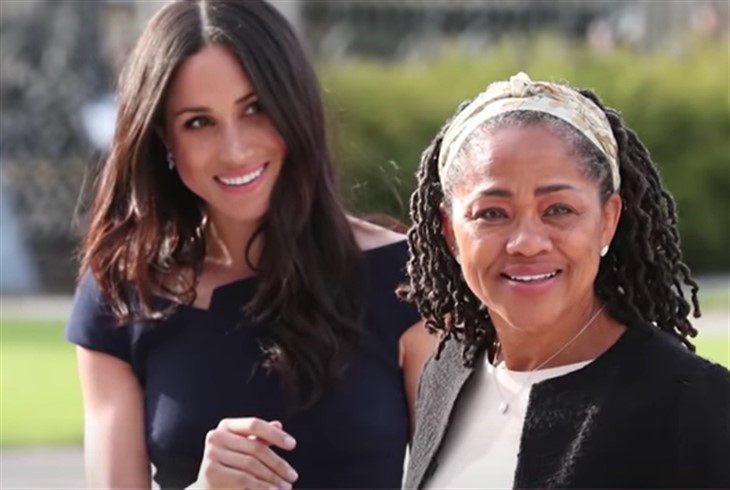 British royal family news reveals that Sean Smith, who wrote Meghan Misunderstood, is claiming that Meghan Markle, Duchess of Sussex’s mom Doria Ragland struggled to get along with her now ex-husband Thomas Markle after their daughter was born.

Ragland was the only member of Meghan’s family to attend her wedding to Prince Harry as Meghan is estranged from the rest of her relatives. Little is known about the privacy loving woman who does not speak to the media. Now Smith is claiming that her life in Meghan’s birth in 1981 was not especially happy.

In his book, Meghan Misunderstood Smith noted that Ragland was also living with her husband’s two teenage children from a previous marriage.

“She had to cope with not only looking after a small baby but also maintaining the peace in such a fractious household.” On top of that, Ragland reportedly struggled due to the location of their residence.

Royal Family News – Meghan Markle Is Close To Her Mom

“Woodland Hills was a pleasant, middle-class, predominantly white neighborhood in the Valley, as it was called … What it was not, however, was diverse.”

“While they [Thomas and Ragland] have never publicly acknowledged how difficult it was for them being an interracial couple in Woodland Hills back then, it’s easy to imagine it was a constant battle.”

“Meghan herself has said that she was too young to understand that they were living with institutional prejudice.”

Perhaps, as a result, Ragland moved into her mother Jeanette’s house with Meghan. Meghan has sometimes referred to her heritage and some have credited her with bringing the Royal Family into the modern era as she is the first biracial spouse to marry into The Firm.

Royal Family News – Meghan Markle Is Estranged From Her Family

Smith praised Ragland for raising Meghan as a “conscious citizen,” taking her to the slums of Jamaica and Mexico, saying, “Don’t look scared, Flower. Be aware but don’t be afraid.”

Meghan herself recalls this experience as, “My mum raised me to be a global citizen with eyes open to sometimes harsh realities.”

Meghan was in LA during the rioting and violence that erupted in 1992 after Rodney King was shot by police. She said, “I remember seeing men in the back of a van just holding guns and rifles. And I remember pulling up at the house and seeing the tree that had always been there, completely charred.”