The Bold And The Beautiful Spoilers: Zoe Loses Both Carter And Zende – Greed Leads to Disaster 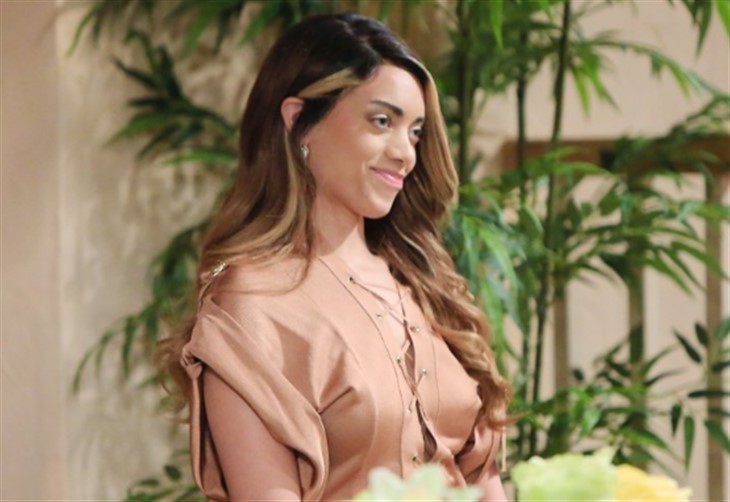 The Bold and the Beautiful spoilers document that in Los Angeles Zoe Buckingham (Kiara Barnes) believes that she has two choices. She can marry Carter Walton (Lawrence Saint-Victor) or end their engagement and explore a relationship with Zende Forrester Dominguez (Delon de Metz).

But Carter’s ideas about his intended bride will change the moment he realizes that Zoe thinks of him as a secondary option. As for Zende, he has been trying to force Zoe to acknowledge that she has already made her choice. But if she breaks her engagement, then Zende will have a decision to make.

Ridge Forrester (Thorsten Kaye) has become aware of what is going on. Even though Zende was pushing Zoe off, this event momentarily alters this seeming, eventual pairing.

Zoe is assuming that Carter won’t learn what her alternative plan is. She must think that the number of conversations she has had with Zende and what Paris Buckingham (Diamond White) just learned will not change her ability to marry Carter.

As noted, an emerging element that is already influencing this storyline is Ridge’s recent awareness of Zoe’s intentions. He has seen that her interest in Zende goes beyond professional chemistry. That alone will play into the coming reveal of what has been bubbling beneath the surface.

The Bold And The Beautiful (B&B) Spoilers Next Week: Brooke And Thomas’ Deal, Good Intentions Has Tragic Outcome?

Zende has admitted that he has feelings for Zoe. But the emergence of Paris as a romantic option changes his own options, giving him an honest one.

Paris likes Zende and recently kissed him, as she told her sister. There was nothing wrong with that because he is single. But Zoe sees Zende as someone that she connected with first.

The recast character that de Metz now plays respects Carter and his family. If Zende maintains that he will not have anything to worry about.

The Bold And The Beautiful Spoilers – Zoe Buckingham Could Be Single

There is another outcome that could happen. Carter learns about Zoe’s duplicity and ends their engagement. Zende decides that he is not interested in pursuing a relationship with Zoe, even though she would be single.

A forced-choice, that Zoe would likely not accept, would be to first realize that stringing two guys along, as Paris said, creates consequences. No marriage to Forrester Creations’ Chief Operating Officer and no romance with another Forrester.