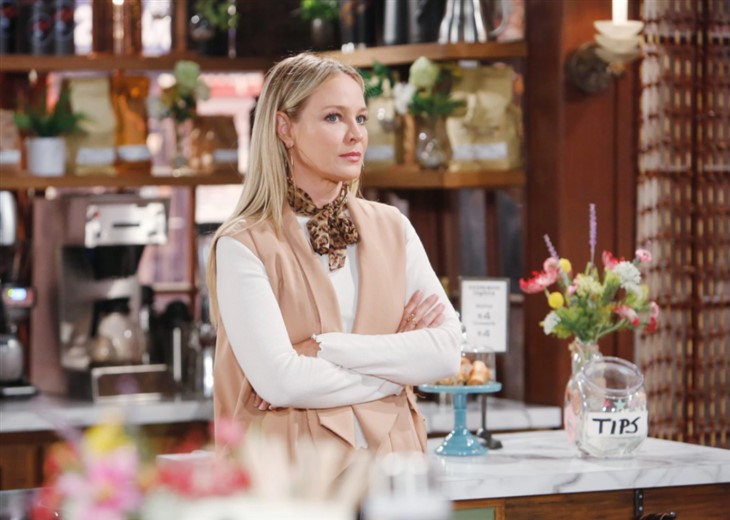 There is no argument about the ends Adam wants to reach. But the means he is willing to use in rationalizing a method to spark and speed Chelsea’s full recovery from a stroke is deeply debatable.

Sharon is the one person who Chelsea can not stand. That feeling was fully revived last year when Adam told Rey Rosales (Jordi Vilasuso) that Sharon would end up with him (Adam) eventually.

The Young And The Restless Spoilers – Shadam Teased On Repeated Occasions

Sharon and Adam were not together in many years. Michael Muhney (Adam) departed the cast in 2014. Shadam’s marriage ended years before that, with the Justin Hartley (Adam) era ushering in a softer edition of the character.

That period includes scant interactions between Adam and Sharon, with nothing of note happening. So, the one-day reconnect that happened in early 2020 was eyebrow-raising. It seemed that Shadam was, in fact, being teased as a returning couple. But that still has not happened.

Soap operas can be considered an art form. Viewers who value the work everyone behind the scenes and in front of the camera offers make a major time commitment to support everyone in the genre.

Chadam fans and all others who are following this arc know that Chelsea soul-searched before she allowed herself to fall back in love with Adam. Oh, she always cared about the father of their child, Connor Newman (Judah Mackey). But she thought Adam was dead, later left town, and never intended to come back.

Victor Newman (Eric Braeden) became aware that someone going by the name of Spider was in Las Vegas, Nevada. He was Adam, minus the memory. Victor’s ask Sharon couldn’t be denied. She felt compelled to help the character Grossman was cast to play then and feels the same today.

The Young And The Restless Spoilers: Who Is A Greater Threat To Victoria – Lily Or Adam? Vote Now!

The Young And The Restless Spoilers – Chelsea Lawson Holds The Cards

Chelsea has already begun to fight through the paralysis, as viewers have seen some slight physical movement. But she has a ways to go before anything that is considered real progress takes place.

Sharon’s mere presence at the penthouse will evoke some type of internal reaction. Adam believes that is the most likely way that Chelsea can be motivated to get well.

However, Chelsea holds the cards and could play off her con artist backstory. She only needs to show Adam, Sharon, or anyone else what is actually happening.

Chloe Mitchell (Elizabeth Hendrickson) should be drawn into the mix as a confidant who would willingly keep an eye on Adam. Chelsea needs to not only recover but also to learn where Chadam actually stands before she does.