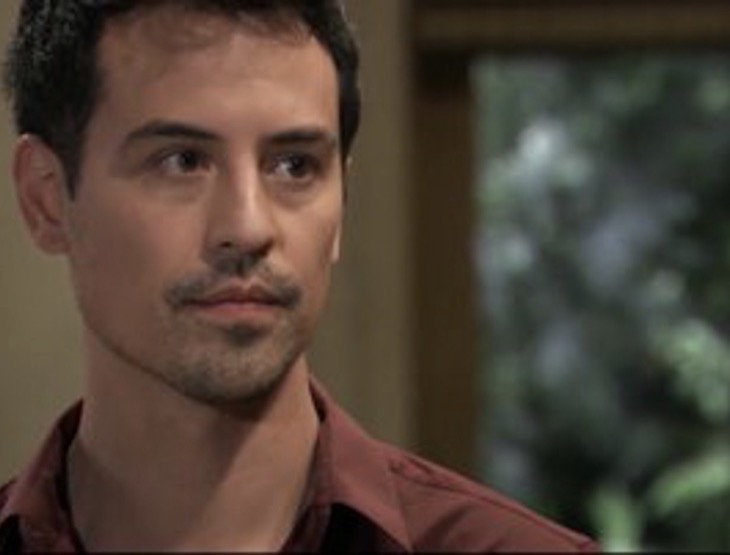 The Bold And The Beautiful Spoilers – Nikolas Cassadine Wants Control

General Hospital’s Nik has already started trying to try to tell Ava what to do about Avery. Nik doesn’t want Carly around Avery at all. Nik says he’s not going to let Carly raise someone else’s child again. However, it’s fine for Nik to try to raise Sonny’s child after abandoning his own child for three years. If Nik were to raise Avery, chances are she would find herself shipped off to boarding school just like Spencer Cassadine (Nikolas Bechtel). Avery would not have the loving family she has had with Carly and Sonny if she were with Ava and Nik. Avery would not be the happy, well-adjusted child she has become if she were on Spoon Island constantly.

General Hospital’s Avery needs her father home to save her from a life with Nik and Ava. Sonny presently has no idea who he is or that he has a family grieving for him. Sonny will soon start to remember some things and hopefully, he will soon be reunited with his wife and children. Sonny would not stand by and let Nik take his daughter from him. Avery loves her father and would never want to be separated from him if possible. Will Sonny get home before Nik can adopt his daughter?

General Hospital’s Ava may claim to want Avery to stay connected with her sisters but Ava would let Nik adopt Avery to hurt Carly. Ava would also do it to whip away what traces are left of Sonny in her life. Ava has proven time and again that she doesn’t care for anyone but herself. Ava would never put Avery’s feelings about her own. Ava has used Avery to hurt Sonny and his family more than once. Ava would consider this just another nail in Sonny’s coffin.

While Ava is planning her new family with Nik, Avery could be put in grave danger. If anything happens to Avery there will be hell to pay when Sonny returns. Will Nik regret the day he tried to take Sonny’s daughter?