New Bold And The Beautiful (B&B) Spoilers: Carter Explodes, Zoe Lies And Denies It All! 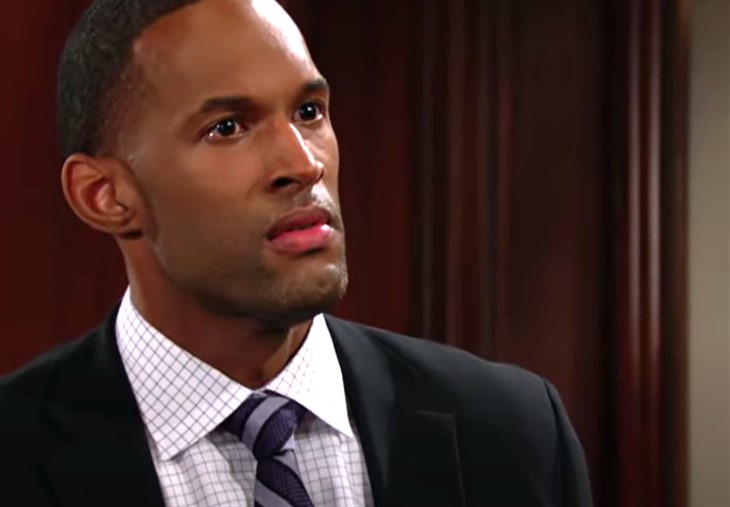 This week’s Bold and the Beautiful (B&B) spoilers reveal that Carter Walton (Lawrence Saint-Victor) learns about Zoe Buckingham (Kiara Barnes) seducing his best friend. He confronts his fiancee and the actor says it gets pretty explosive. Despite Carter being told the truth by Ridge Forrester (Thorsten Kaye), Zoe lies and denies everything until the very end.

B&B spoilers this week reveal that Ridge Forrester (Thorsten Kaye) struggles to tell his friend about Zoe’s intention to cheat. At first, Carter doesn’t believe it and thinks Ridge heard wrong. He even accuses the co-CEO of using Zoe’s past to come up with a reason to punish her in the present. Eventually, Ridge tells him exactly what Zoe said to Zende Forrester (Delon de Metz), which was that he should just give in to their feelings. That is when Carter has to accept that there is no room for a misunderstanding with that kind of statement.

It is teased in the new issue of Soap Opera Digest that Carter decides he wants to talk to Zoe about Ridge’s story. Saint-Victor told the magazine that it turns into an explosive confrontation. For Carter, it is really difficult for him because he still loves her so much. He can’t turn those feelings on and off. If he could, it might make confronting Zoe a bit easier. It would also make it so much simpler to just break up with her and move on.

The Bold And The Beautiful Spoilers – Zoe Buckingham Lies And Denies

The Bold and the Beautiful spoilers reveal that at first, Zoe just lies and denies everything. He really wants to believe her but Ridge has been his friend for years. He has also never lied to him and there is no reason why he would make something up about anyone, including Zoe. Carter keeps pushing and pressuring her for the truth, but she claims she would never betray him until the very end. Finally, Carter gets the truth and it is heartbreaking for him.

The actor told the magazine that Carter is going through the worst kind of heartbreak. He is in so much pain. Zoe might act remorseful now, but she didn’t seem too bothered when she was seducing Zende. In fact, he kept turning her down, reminding her of Carter and even loudly snapped at her. But she kept pushing until the moment Ridge stormed in and demanded answers.

“It’s the worst kind of heartbreak.” There is so much pain involved because despite this, he still loves her — that doesn’t just turn off. At first, she is not forthcoming, but eventually, she can’t deny it. That’s where the heart really breaks. Carter thought Zende was his friend, and to have this go on in their workplace leaves Carter embarrassed, betrayed, and humiliated. There is no mention during the interview of Carter and Zoe breaking up. It sounds like this is going to be difficult and complicated for Carter.

Be sure to catch up on everything happening with B&B right now. Come back here often for The Bold and the Beautiful 2021 spoilers, soap oepra news, and cast updates.