The Young And The Restless (Y&R) Spoilers: Sally Does Some Digging, Shocked By What She Finds Out About Kyle 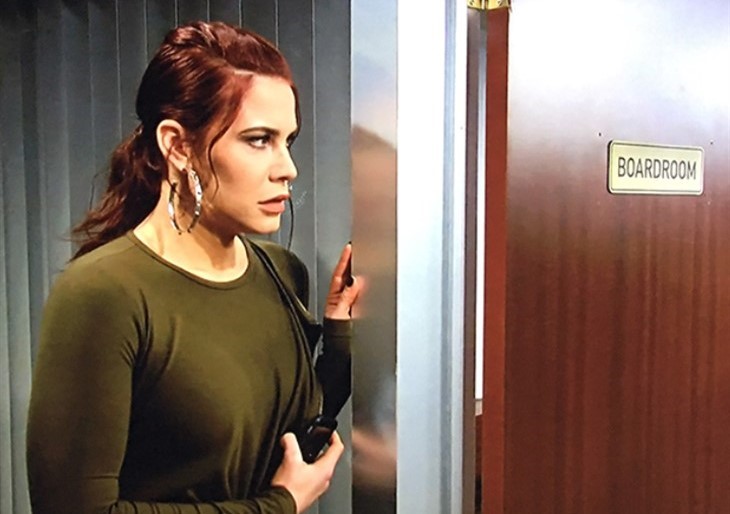 The Young and the Restless (Y&R) spoilers say that if there’s anything we’ve learned about Sally Spectra (Courtney Hope) in the past, it’s that she’s really good when it comes to digging all of the dirt that she needs to know about her friends, her enemies, and her frenemies. As a matter of fact, that’s exactly what she’s about to do now as she will launch her own little investigation on Kyle Abbott (Michael Mealor). Here’s what you need to know.

The Young And The Restless Spoilers – Sally Does A Little Digging, Shocked By What She Finds Out About Kyle

According to the latest edition of Soap Opera Digest, Sally is of course worried about Summer Newman (Hunter King) and her threat to expose her unsavory past. That’s when she gets a phone call from Theo Vanderway (Tyler Johnson). Even though she knows better not to pick up the phone, she takes the phone anyway.

Speaking to the publication in a new interview, The Young and the Restless Co-Executive Producer and Head Writer Josh Griffith says that Sally is still upset at Theo and wastes no time in telling him that she’s still angry for betraying her before her left town. However, her mood changes when Theo tells her that he has information regarding Kyle. This, of course, piques her interest. Theo says that he’s in Chicago on a buying trip for his Paris boutiques, so he will swing by Genoa City to tell her everything she needs to know in person.

Y&R Spoilers – Kyle And Summer’s Relationship Will Be Tested, Thanks To Sally

Griffith offers, “Sally decides the next best thing to neutralizing Summer is to go after Kyle. Thanks to Theo, Sally is now armed with game-changing information to turn the tables and put her in the power position in her feud with Summer and Kyle. Sally’s latest move will also test Kyle and Summer’s relationship like never before.”