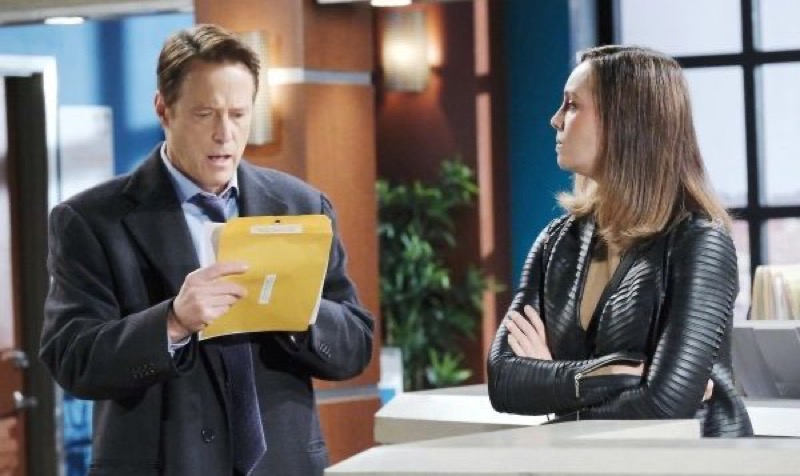 Days of Our Lives (DOOL) spoilers reveal that in Salem Gwen Rizczech (Emily O’Brien) is a hated woman right now, by both Salemites as well as viewers. However, the actress teased that there could be redemption and forgiveness ahead. She said that Gwen just wants to be loved. She also said her capacity to forgive is incredible. Keep reading to find out what’s next for the character.

Days Of Our Lives Spoilers: – Jack Deveraux’s Change Of Heart

DOOL spoilers reveal that Jack has no sympathy for Gwen right now. He considers her a monster that is targeting his family and destroying Abigail DiMera’s (Marci Miller) life. However, he will have a change of heart once he learns about Laura Horton’s (Jamie Lyn Bauer) actions many years ago. She knew about Gwen all this time and never said a word. She also paid Gwen’s mother to disappear and that Jack didn’t want anything to do with the baby. In reality, Jack was never told about Gwen, so the young woman is punishing the wrong people!

After lashing out at Laura, Jack decides to reach out to Gwen, Ashford told Soap Opera Digest. He realizes that her rage and destruction are coming from deep pain. He didn’t cause that pain, but he will do what he can to fix it.

It seems that Jack won’t be the only one to reach out. It is teased that Gwen ends up in a troubling situation. Having no friends or family, the only person she can think to call is Jack. She calls her father and begs for his help and he agrees. It’s one way that Gwen is going to get past the anger and Jack wants to show her that not everyone is out to hurt her.

Days of Our Lives spoilers reveal that SOD asked O’Brien what she admires most about her character. Viewers can only see the bad in Gwen right now, but the actress shared the character’s good qualities. One statement that popped out was that Gwen “just wants to be loved and that’s it.” So, when Jack offered to pay her to go away, it only reinforced the belief that she was unlovable, inferior to Abigail, and that Jack just pays his problems to go away. Of course, he will rectify this situation. But O’Brien’s comment seems to confirm that Jack and Gwen do end up bonding and moving past her cruel revenge schemes.

O’Brien also explained that while Gwen wants to be loved, she is also capable of great love for others. The problem is getting past her not trusting anyone and the assumption that people will only hurt her. Once Jack gets past that, then we will start to see some of Gwen’s positive traits. She also teased that Gwen is very forgiving, especially when it comes to Jake DiMera (Brandon Barash).

“What I admire most about Gwen is a) her willingness to love, given the amount of times she forgave Jake. She just wants to be loved and that’s it. And b) her tenacity, to not only get that [love] but what she wants. She’s a very ambitious lady.”