The Bold And The Beautiful Spoilers: Carter Accuses Ridge Of ‘Issues’, Punishing Zoe For Her Past 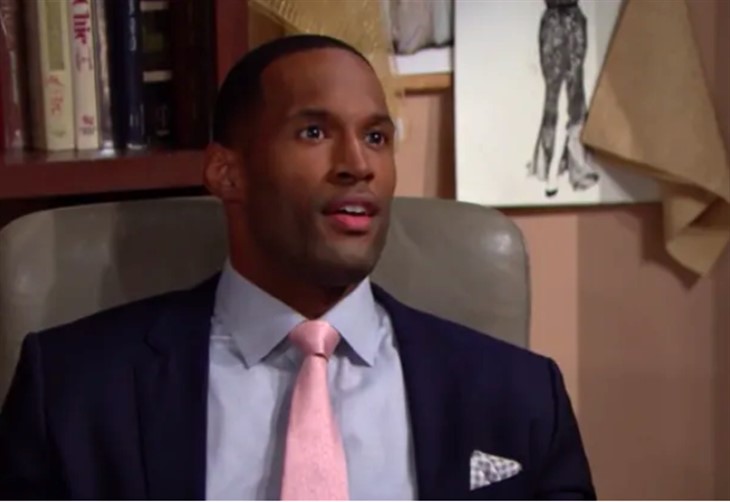 The Bold and the Beautiful spoilers reveal that in Los Angeles Carter Walton (Lawrence Saint-Victor) is told about Zoe Buckingham’s (Kiara Barnes) betrayal, he is in disbelief. He tries to come up with any and every excuse or explanation. This includes accusing Ridge Forrester (Thorsten Kaye) of never trusting Zoe because of her past. Will he ever accept the truth about his fiancee?

The Bold And The Beautiful Spoilers – Carter Walton’s Rationalization

B&B spoilers reveal that Ridge tells his friend that Zoe has been flirting with Zende Forrester (Delon de Metz) the whole time they’ve been together. The groom-to-be just can’t believe it and even claims it’s impossible. Carter even tries to say that Ridge probably misunderstood what Zoe was saying. However, he is told that he understood everything perfectly.

There comes a point when Carter even claims that Ridge is just looking for a reason to not like Zoe. In the new issue of Soap Opera Digest, Saint-Victor explains that Carter accuses Ridge of still using Zoe’s past against her. Specifically, he is referring to the “PhoeBeth” scheme.

“‘This is because you have issues because of Zoe’s involvement with baby Beth [Spencer, Madeline Valdez and River Davidson), so you don’t trust her.’”

The Bold And The Beautiful Spoilers: Brooke’s Surprising Deal – Thomas Almost An Ally

The Bold and the Beautiful spoilers reveal that Ridge really did give Zoe a chance. There was a time when he complimented her on being ambitious and thinking about her post-modeling career. He didn’t seem to have any problems when the two were just getting to know each other. But when Carter started speed-courting Zoe, that’s when Ridge first warned him to be careful. Sometimes people can just get a feeling about a person. They might not be able to explain it, but the nagging feeling is there. This is likely what happened to Ridge because at the time he warned Carter, Zoe really seemed like she was on the right path.

Carter continues not believing what Ridge is saying. So, he goes over every single detail of what Zoe said to Zende). He explains what he saw and what happened when he confronted her. The truth is starting to sink in and Carter is devastated and feels completely humiliated. He decides that he wants to talk to Zoe and find out what she has to say. However, it is hinted that Zoe does her best to come up with a logical explanation. Will Carter believe her or get married despite Ridge’s warning? Or does he trust Ridge, who has been his friend for many years and has never lied to him? Or will Zoe end up being exposed and humiliated at her own wedding, which is what she did to Thomas Forrester (Matthew Atkinson)? We will have to keep watching the CBS soap to see how this story progresses.