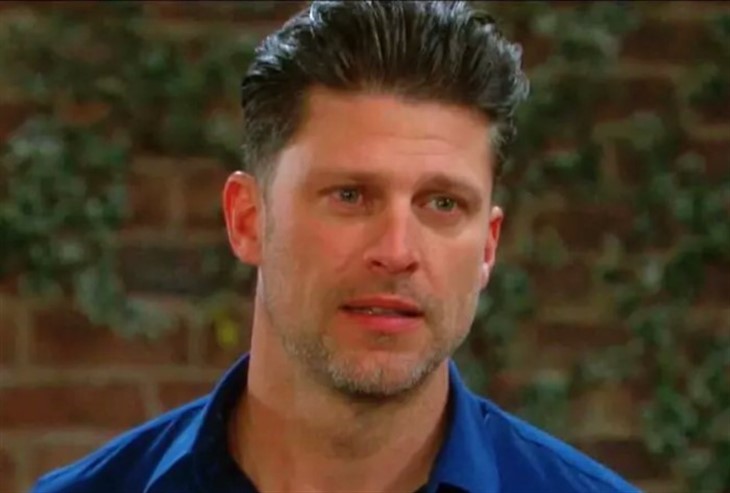 Days of Our Lives (DOOL) spoilers tease that in Salem Rafe Hernandez (Galen Gering) will comfort a devastated Nicole Brady (Arianne Zucker) in an upcoming episode of Days of Our Lives. Is Eric Brady (Greg Vaughan) ever coming home?

Days of Our Lives viewers will recall that since newlywed Eric followed his heart back to Africa, all with his bride Nicole’s blessing, he has been delayed several times from returning home. He keeps promising Nicole and making plans to come home for a visit, but something always happens to prevent it. Again, getting closer to Valentine’s Day, Nicole is happy and excited to see Eric, but this time the delay is different – it isn’t Eric who calls her and apologizes for not being able to come.

This time, Nicole receives extremely upsetting news about Eric! Preview photos show a devastated Nicole being comforted by a shocked Rafe standing outside a building, possibly Rafe’s house or the entrance to the apartment building where Nicole and Eric’s apartment is. This doesn’t look good, it doesn’t look good at all! Longtime Days of Our Lives viewers will remember it took many years for a star-crossed couple of Eric Brady and Nicole Walker to finally marry. There were misunderstandings, times when one or the other was committed to someone else, there was the time when Nicole was presumed dead in the explosion of Dr. Wilhelm Rolf’s (William Utay) warehouse in Nashville, Tennessee, and against all odds, the couple found their way back to each other. Could this time be different? Will Eric be the one who is presumed dead this time and Nicole be a grieving newlywed widow?

DOOL Spoilers – Sami Brady DiMera Is Headed Back To Salem

According to Soap Opera Digest, Eric’s twin Sami Brady DiMera (Alison Sweeney) is headed back to Salem sometime in the month of February. While this may be in connection with her daughter Allie Horton’s (Lindsay Arnold) true rapist being revealed and Mama Bear wanting revenge, if her twin brother is missing and presumed dead she may be coming to support her mother Marlena Evans (Deidre Hall) and father Roman Brady (Josh Taylor) also. The actor who has played Eric most recently, Greg Vaughan, left the show to pursue other opportunities.

Killing a character off – or the character disappearing and being presumed dead – is one way to bring another actor in as a replacement. This could have Eric’s status unknown for several months to several years. Rafe too is in an uncertain status with Hope Brady (Kristian Alfonso). Kristian too left the show after playing Hope for many years. There have been no announcements of recasts for either Hope or Eric, but here are a man and a woman alone and missing their significant others. It would be very soapy for Days of Our Lives to write Eric presumed dead and Rafe and Nicole to eventually get together and fall in love, only to have Eric show up alive at a possible future wedding! Perhaps by that time, Hope will return as well!