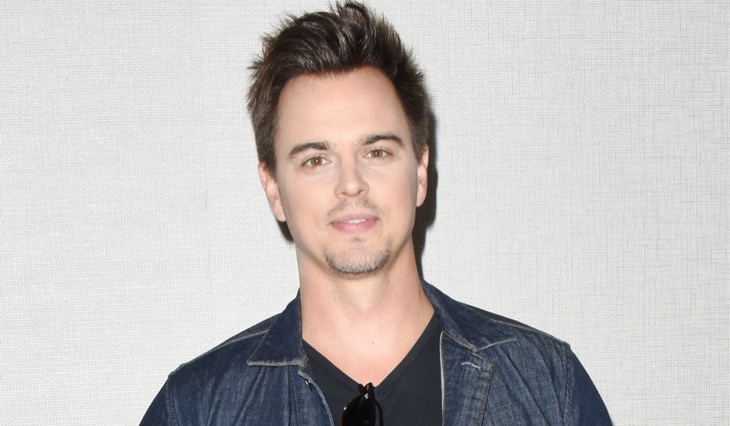 The Bold and the Beautiful (B&B) spoilers say that while Wyatt Spencer might be happy to see his mother Quinn Forrester (Rena Sofer) move out of his beach house, the same can’t be said about his portrayer, Darin Brooks. As a matter of fact, The Bold and the Beautiful’s Darin says that he’s quite sad to see Rena go as he is going to miss all of those comedic scenes they shared together on B&B. Here’s what you need to know.

The Bold And The Beautiful Spoilers: Zoe Loses Both Carter And Zende – Greed Leads to Disaster

Even though Quinn Forrester is the kind of person that you either love or would love to see go, Darrin said that he had a blast working with Rena Sofer behind the scenes so much so that at times they would even ad-lib their lines together. Unfortunately, there were a lot of scenes they shot that ended up on the cutting room floor. But there were still a lot of memories that were made.

The Bold And The Beautiful Spoilers and Rumors: Liam’s NOT Steffy’s Baby Daddy, But Is His Marriage To Hope Over? #bb #boldandbeautifulhttps://t.co/HCMFNUv4gH

Speaking to Soap Opera Digest spoilers in a new interview, the handsome Bold and the Beautiful actor recalled, “There was a scene when Quinn was leaving and was like, ‘I’m going to get my husband back!’ It was right after Wyatt was kind of yelling at Quinn with Flo there and I had ad-libbed, as she storms out of the door.”

Darin Brooks then said in a quiet, sarcastic voice while mimicking his character, “‘No. Wait. Please. Come back.’ It was his half-assed attempt to get her to come back and talk to him but really, he was like, ‘No. Good-bye.’ They cut it and they left it on the look, but H had a lot of fun ad-libbing that story.”

With that said, we have a feeling that Quinn will be back on The Bold and the Beautiful soap opera in no time. After all, she sure does love her son Wyatt Spencer more than anyone else, right? Here’s hoping that Darrin Brooks will get to add even more hilarious lines to their scenes in the near future, too.

The Bold And The Beautiful (B&B) Spoilers: Carter Misses Zoe – Does He Deserve A…