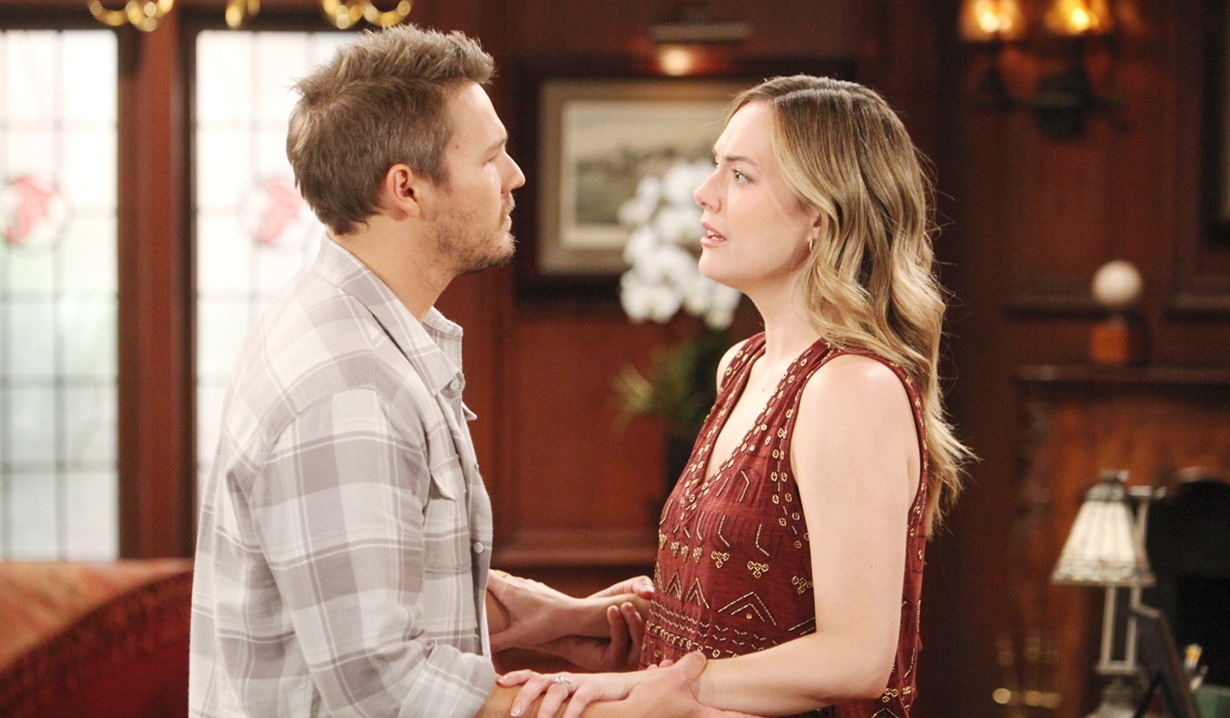 The Bold and the Beautiful (B&B) spoilers document that in Los Angeles Liam Spencer (Scott Clifton) is dealing with the heavy consequences of a pattern he’s been repeating for years. His impulse trip to the cliff house, the iconic Steam setting, might lead to him having another child with Steffy Forrester (Jacqueline MacInnes Wood).

Liam is mortified by his own behavior. He was honest with Hope Spencer (Annika Noelle) about what happened and hasn’t made excuses. All Liam wants is to keep Hope in his future, regardless of the paternity test results.

The Bold And The Beautiful Spoilers – Why Did Doubt Exist?

Hope was shocked when Liam told her what he’d done. But as her thoughts cleared Noelle’s character had a natural question. Why would Liam doubt her commitment to him?

Believing that Thomas Forrester (Matthew Atkinson) would try something underhanded at his apartment was justified, based on that character’s history of attacking Lope. But Liam’s belief that Hope would willingly kiss Thomas represented an irrational thought.

It is fair for Hope to have concluded that Liam’s love for Steffy is either greater than what he feels for her, or he’s still conflicted after all these years.

Liam didn’t have any reason to doubt Hope’s love or commitment to their marriage vows. But Liam doubts himself because he allowed himself to be emotionally triggered by what turned out to be a mannequin.

It’s not as though Hope’s hurt has evaporated, but she has seen the depth of Liam’s contrition. Hope also told her mother that she understands why Liam believing he saw Thomas kissing her caused him to react. But what that reaction led to continues to be troubling.

A tortuous number of weeks have passed since the latest Lope-Steam triangle conflict happened. But good can come from bad if Hope once again proves to be resilient.

The Bold And The Beautiful Spoilers – Family Life Grows Or Is Forced To Change?

Assuming that Liam is the father of Steffy’s baby, Hope might not be able to deal with that expanded reality. She could tell Liam that they are through, which would mean divorce.

However, Hope may choose to see Liam’s next child as not changing the current dynamic. Instead of visiting the cliff house to see Kelly Spencer (Avalon and Colette Gray), Liam would also be co-parenting his new daughter or son.

Liam did agree to help parent Douglas Forrester (Henry Samiri), who Hope is raising with Thomas. That open-hearted sacrifice might be enough to influence her acceptance of Liam’s increased responsibility.