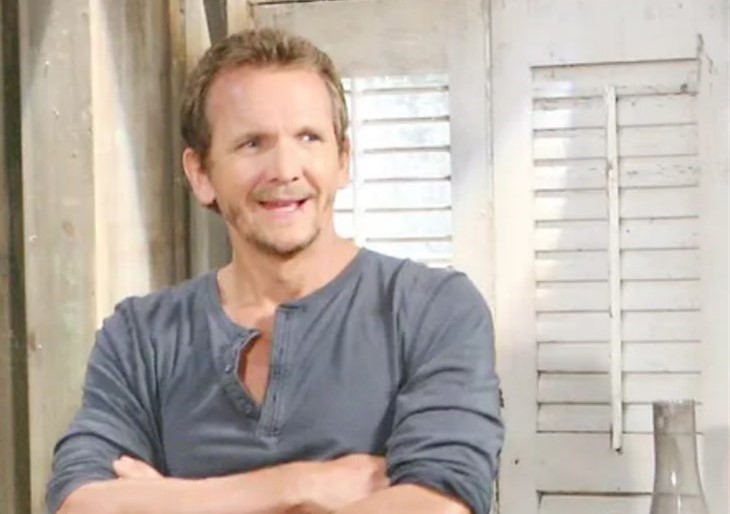 General Hospital (GH) spoilers tease that alum Sebastian Roché (ex-Jerry Jacks) has been cast in NBC’s new sci-fi drama, Debris. According to Deadline, the role is recurring and he plays a character who is named Brill. Brill is an MI-6 agent so the role looks to be a meaty one and right up the alley of the actor who once played a character that terrorized the entire town of Port Charles. The series is scheduled to debut on March 1 on NBC.

Written by Wyman, Debris is described as a show similar to the dark otherworldly realms seen in The X-Files and Men in Black. It features two agents, Steele and Tucker, who hail from two different continents and have two different mindsets.

They are thrown together and must get the job done which won’t be easy. They are called on to investigate wreckage from a destroyed alien spacecraft that appears to be having strange effects on people.

Roché’s character is named Brill, a mysterious MI-6 agent who might just have his own agenda. The series reunites Roché and Wyman who worked together on Fringe.

Roché is best known to daytime audiences as nefarious Jerry Jacks, a sorry excuse for a man, someone responsible for the shooting of saintly Robin Scorpio Drake (Kimberly McCullough). He is a no-good, as opposed to his brother Jasper Jacks who is mostly good.

Jax is having a difficult moment right about now because he was involved in some shenanigans with Carly Corinthos (Laura Wright) against his SO Nina Reeves (Cynthia Watros). Nina now has no time for Candy Boy and it looks like “widowed” Carly and dumped Jax could rekindle an old flame. Are they about to give Josslyn Jacks (Eden McCoy) a little brother or sister? It wasn’t that long ago that Carly was pregnant with Donna so anything is possible. And that is especially true during February Sweeps!