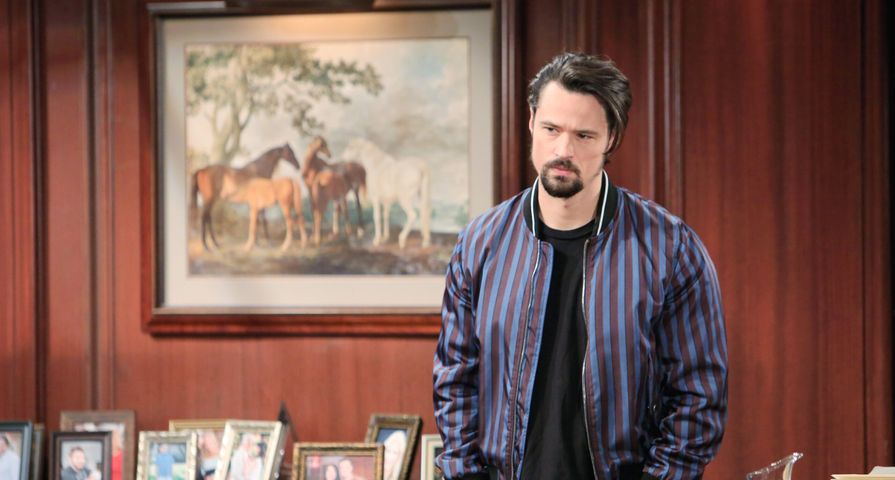 The Bold and the Beautiful (B&B) spoilers document that in Los Angeles Thomas Forrester (Matthew Atkinson) has created a new option for himself. Rather than being vindictive and manipulative, he’s become humble and supportive.

Hope Logan (Annika Noelle) is waiting to learn if her husband, Liam Spencer (Scott Clifton), will be an expectant father. Paternity test results will soon be known in that regard. Surprisingly, Thomas didn’t use recent reveals to attack his longtime nemesis, instead urging Hope to forgive Liam no matter the overall outcome.

Thomas continuously made himself a negative focal point shortly after arriving from New York. Atkinson further developed the off-beat reputation that this character earned in prior years.

But the current scenario presents Liam as Mr. Negative. He is the one who broke Hope’s trust. Liam is also the guy who put Steffy Forrester’s (Jacqueline MacInnes Wood) relationship with John Finnegan (Tanner Novlan) in jeopardy.

It was very compelling to watch Thomas tell Hope to forgive Liam. Not only is Liam an adversary, but he’s also the person who broke Steffy’s heart on multiple occasions in the past.

In this scenario, Liam reconnected with Steffy at the cliff house, which violated Lope’s restored trust. The fact that Steffy is now pregnant potentially opens the door to Liam’s deeper involvement in her life, assuming that he’s the father of her child.

A pre-subdural hematoma Thomas would have lambasted Liam. He would have told Hope to leave Spencer’s character, with Thomas intending to be there for her if Lope crashed.

But the perspective Thomas has finally gained allows him to see that Liam has redeeming qualities. Clifton’s character stepped up to be a father figure for Douglas Forrester (Henry Samiri), which Thomas appreciates. He also recognizes that Hope loves Liam.

The Bold And The Beautiful Spoilers: Will Steffy Get Her Happily Ever After? Jacqueline MacInnes Wood Hints Outcome #boldandbeautiful #bb

The Bold And The Beautiful Spoilers – Hope Spencer Makes A Decision

If Liam isn’t the father of Steffy’s baby, then it should be easier for Hope to digest all that’s happened. Liam has been truly remorseful and Lope could move forward, as they keep their family intact.

But if Liam is the father, then he’ll need to increase the amount of time he spends with the two children he and Steffy have together. That, on its face, is clearly problematic no matter anyone’s good intentions.

The positive feelings Hope has developed for Thomas reflect her recognition of his growth. Liam, new father or not, has recently pursued an opposite course. That reality won’t quickly fade away.