The Young And The Restless (Y&R) Spoilers: Bill Arrives In Genoa City Just In Time To Bust Sally 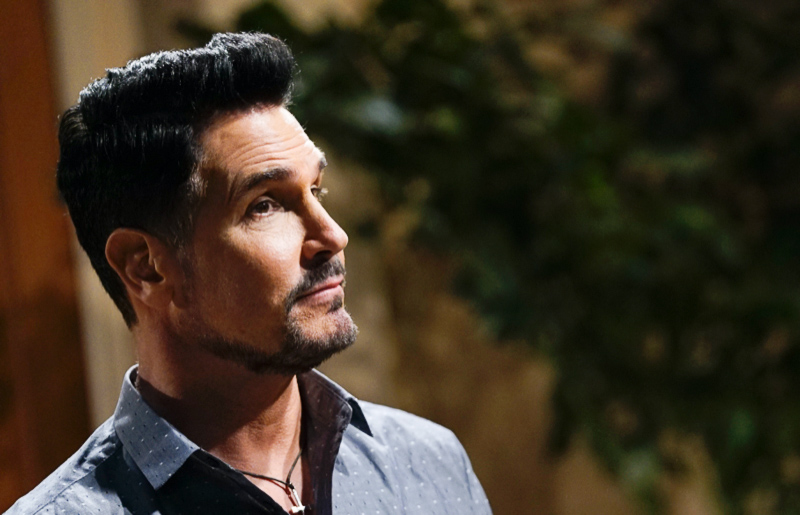 The Young and the Restless (Y&R) spoilers say that in Los Angeles Bill Spencer (Don Diamont) finally arrives in Genoa City, and perhaps just in time to bust Sally Spencer (Courtney Hope) and whatever lies she might be telling about her past, present, or even future. Here’s what you need to know.

According to the latest edition of Soap Opera Digest, Bill arrives at Jabot for a meeting with Lauren Fenmore (Tracey E. Bregman) and Summer Newman (Hunter King) about the JCV rebranding with Spencer Publications. While Lauren and Bill are waiting in the conference room for Summer to show up, Jack Abbott (Peter Bergman) arrives. However, Sally Spectra (Courtney Hope) then enters the room with a pitch that she wants to share with Lauren and is shocked to see Bill sitting there front and center.

Speaking to the publication in a new interview, actress Courtney Hope, who plays Sally Spectra on the hit CBS soap, puts it this way, “Sally is totally blindsided to find Bill standing there in the flesh, staring back at her. Jack and Lauren can definitely tell that Sally is in a state of shock. She immediately pivots and leaves the room. Nothing special about that!”

Y&R Spoilers – Sally Spectra Has Some Explaining To Do

The Young and the Restless spoilers then say Bill explains to Jack and Lauren that he and Sally indeed have history – and unfortunately, not good history. Courtney continues, “Sally did tell Lauren that there was some turmoil between her and the Spencers, but of course left out some important details. So when Lauren witnesses Sally’s behavior because of Bill, Lauren decides, ‘Okay, maybe I need to get the full story.’”