Days Of Our Lives Spoilers: Gabi Strikes A Deal, But What Is Philip Getting Out Of Fake Romance Scheme? 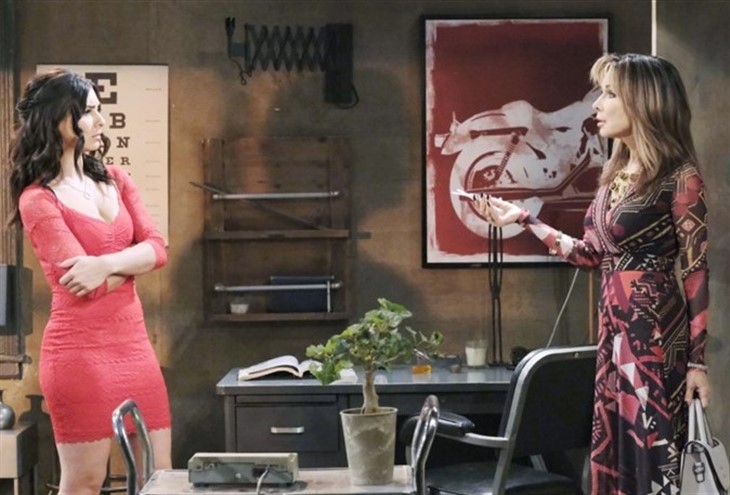 Days of Our Lives (DOOL) spoilers reveal that in Salem Gabi Hernandez (Camila Banus) strikes a deal with Philip Kiraikis (Jay Kenneth Johnson). The two scheme to take down DiMera Enterprises, as well as sticking it to Jake DiMera (Brandon Barash) and Kate Roberts DiMera (Lauren Koslow). However, what exactly has Gabi promised Philip in exchange for his help?

DOOL spoilers reveal that Gabi went to Jake with a proposition for Gabi Chic. Not only did Jake turn it down, but he also rejected Gabi on a personal level. She gets furious over being turned down but will not sit in a corner and cry. Instead, she comes up with another plan to get what she wants. But first, she wants to watch not only Jake squirm but to get underneath Kate’s skin.

Head writer Ron Carlivati already confirmed that Gabi is going to head straight to Titan. The first person she talks to is Xander Kiriakis (Paul Telfer). But that isn’t the person she wants to work with. She has someone else in mind that will help her achieve her goals. That individual just happens to be Kate’s son, Philip.

Days Of Our Lives Spoilers: Lindsay Arnold Finds It Hard To Put On A Straight Face With Bryan Datillo

Days Of Our Lives Spoilers – Gabi Hernandez Strikes A Deal

Days of Our Lives spoilers from the new issue of Soap Opera Digest reveal that Gabi will end up striking a deal with Philip. The two are not only going to be working together at Titan but will be partners in Gabi’s revenge scheme. She wants to make Jake jealous and hope it brings him back to her. She also wants to hurt Kate because she feels betrayed that her mentor and mother figure would get together with the man she was interested in.

DOOL Spoilers – Philip Kiriakis Gets Something, Too

Even though we know what Gabi is trying to accomplish, what does Philip get out of faking a hot romance? Especially when he is just rekindling a romance with his former flame, Chloe Lane (Nadia Bjorlin). Now, we know that Philip worries that Chloe is denying her real feelings for Brady Black (Eric Martsolf). Could Philip share this with Gabi or will she figure it out on her own? Could she promise to make sure Brady isn’t a problem for Philip as he tries to win back the heart of Chloe?

Or could Philip just be interested in helping Titan beat the competition, which just happens to be DiMera Enterprises? Perhaps this all has to do with Xander and getting him out of the CEO spot. Philip and Xander both quit Titan, but Victor Kiriakis (John Aniston) might find a way to keep them both on board. So, we will have to keep watching the NBC soap opera to find out how this storyline develops.