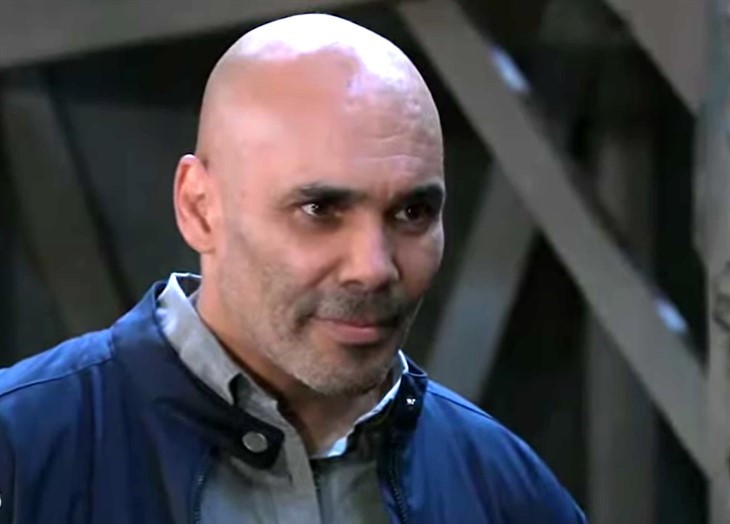 General Hospital spoilers and rumors suggest that in Port Charles, NY Marcus Taggert (Real Andrews) will find it too hard to believe that his former enemy, Sonny Corinthos (Maurice Benard) is dead and will go investigate for himself. Could Taggert find Sonny and bring him home?

General Hospital’s Taggert has known Sonny for decades. Taggert has seen the things Sonny has survived and finds it hard to believe that Sonny could have died from a bridge collapse. Now that Cyrus Renault (Jeff Kober) is offering to refuse to cooperate with the authorities, Taggert could be free soon. Sonny has bent over backward to help Taggert after Jason found him on the pier after his fight with Julian Jerome (ex-William DeVry). Taggert just cannot let go of the idea that Sonny may have survived and need help. Taggert could be compelled to go on a fact-finding mission to at least bring Sonny’s body home.

General Hospital’s Sonny is alive and well. Unfortunately, Sonny has no memory of his past or anything about his life. Sonny just knows he doesn’t like cops and Taggert used to be one. Sonny probably won’t want to talk to Taggert if he comes into the bar because he may be able to tell that he was a cop. Sonny sure may not want to believe this guy when he tells him he’s a mobster. After all, Sonny seems to be at home in the bar and the kitchen. Sonny believes his name is Mike which is an odd name for a mobster. Sonny is a loving man and most mobsters don’t come across that way. Sonny is liable to laugh in Taggert’s face if he tries to convince him that he’s Sonny Corinthos mob kingpin.

General Hospital’s Taggert may have to bring Carly Corinthos (Laura Wright) to the bar to convince Sonny who he is. Taggert could even have to bring Jason Morgan (Steve Burton) along for safe measure. After being Mike for so long, it could take more than one person to convince Sonny of his identity. Sonny also may have issues when he reads upon himself. Will Sonny be ready to go back to his life and family once he learns his identity or would he prefer to remain Mike the bartender instead?

General Hospital’s Sonny may be in for a shock when he learns how many people he has left behind. Sonny doesn’t realize why no one is looking for him and may be upset that his family gave up on him so fast. Can Sonny step back into his old life or will he want to stay “Mike” instead?