The Bold And The Beautiful (B&B) Spoilers: Carter Warns Paris, Begs Her To Forget About Zende 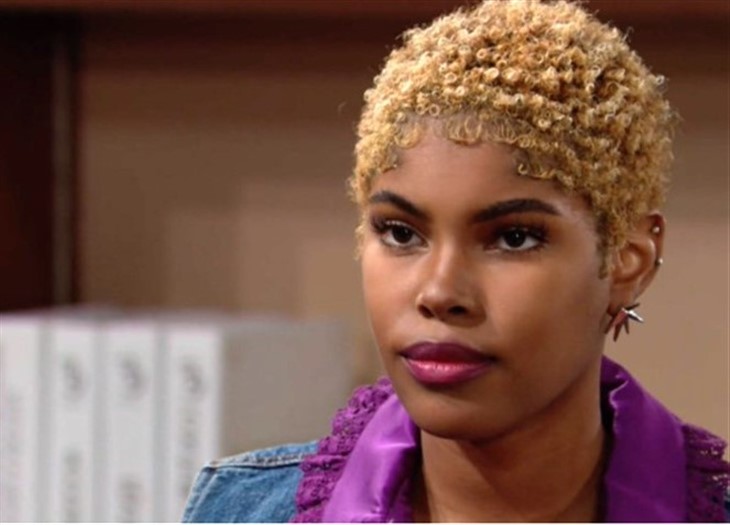 The Bold And The Beautiful Spoilers – Zoe Buckingham’s Secret Exposed

B&B spoilers reveal that Zoe really thought she could have both Carter and Zende. Despite Zende fighting his attraction and moving on to Paris, Zoe was stringing Carter along like a puppet while she kept trying to seduce his best friend. Carter had it exactly right when he told Zoe that she just wants to be a Forrester. That’s exactly what this is all about. The way she refers to people by their titles rather than their names is aggravating enough. But to have her deliberately plan to cheat on Carter without remorse until after she was caught is infuriating. Fans are glad that Carter has finally realized the truth about his “perfect woman.”

The Bold And The Beautiful Spoilers: Katherine Kelly Lang And Thorsten Kaye Open Up About ‘Bridge’

Even though Zende was pretty mad at Zoe for continuing to hit on him despite being engaged to Carter, he doesn’t stay angry. He forgives her right away when she claims to be apologetic and knows she belongs with Carter. Now that Carter has dumped Zoe, though, the model will go right back to trying to get in Zende’s pants. It makes him feel conflicted because he really likes Paris, but he used the excuse that Zoe and Carter were going to get married. When the engagement is called off, that makes Zoe uses it as an opening for her to be with Zende.

The Bold And The Beautiful Spoilers – Carter Walton’s Warning

The Bold and the Beautiful spoilers from the new issue of Soap Opera Digest reveal that Carter gives Paris a “dire warning” about Zende. Now, we need to remember that Zende is still technically a married man. He might be separated from his wife, but why and do they plan on remaining separated? Or is there a chance that they could get back together? Then he started a flirtation with Zoe and now that she’s not with Carter, that could pick back up. Plus, there is the blossoming romance with Paris.

It seems that Zende is torn between too many women and Carter will worry that Paris is going to get hurt. Especially since her sister wants revenge. Nothing would hurt Paris more than Zende hopping into bed with Zoe.

The Bold And The Beautiful (B&B) Spoilers: Vinny Switches The Paternity Test Resultshttps://t.co/O2r3sVzGUW

It’s unclear what Paris decides to do. However, she has some strong feelings for Zende, so we don’t see her giving him up. She might try to fight to keep the man that she is falling in love with. But does Zende really feel the same way? And how will Zoe plan to destroy her sister? Could she use Zende as a way to make her sister suffer?