General Hospital (GH) Spoilers & Rumors: Maxie And Peter Crash And Burn – Dante’s The Man For Her? 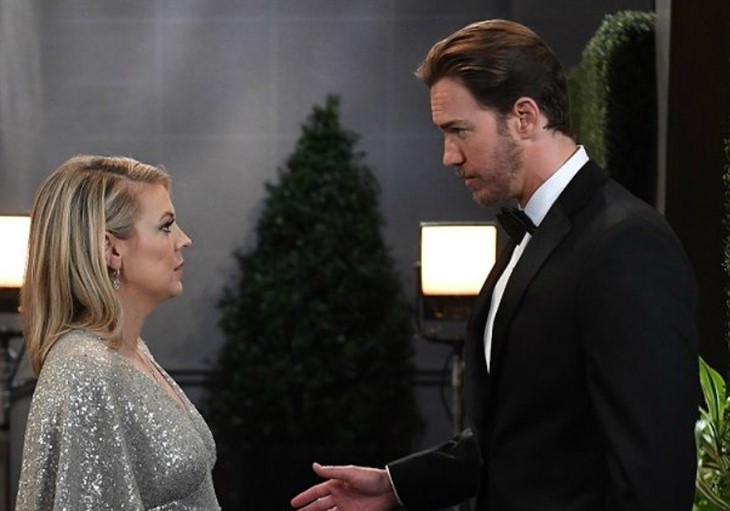 General Hospital (GH) spoilers and rumors tease that for almost three years now, Maxie Jones (Kirsten Storms) has ignored the warning from almost everyone she cares about that Peter August (Wes Ramsey) is bad news, and suspected by many of committing some horrendous acts.

But Peter has done a great job of covering up his tracks on General Hospital, and slowly Maxie found herself falling in love with the half brother of her late husband. She has stood by Peter’s side through the most suspicious behavior. But now, as their wedding day is finally drawing near, Maxie has suddenly started having doubts.

Part of this may be because Maxie has recently lost her sounding board. Her best friend, Lulu Falconeri (Emmy Rylan) suffered massive brain trauma when the Floating Rib exploded. Lulu is in a coma at a long term care facility and while everyone hopes for the best, there has been no word when or even if she will wake up. If Lulu were here now, she would listen to Maxie and that might be the end of it. But now Maxie is alone with her thoughts and they seem to be starting to see through the cracks of Peter’s good guy persona.

GH Spoilers – Dante Falconeri Is Back But He’s Not Exactly The Same!

Lulu’s ex-husband, Dante Falconeri (Dominic Zomprogna) has returned to Port Charles, even though the effects of his brainwashing are still in place. But Maxie and Dante have had several, heart to heart conversations, about Lulu and about Peter too. For some reason, Dante seems to be able to really get Maxie to listen to his concerns about Peter. He’s not issuing her an ultimatum or talking down to her, which may be why Maxie is even having the slightest of doubts.

But are heart to heart conversations the only thing happening between Maxie and Dante? Are they drawn to each other just because of their connection to Lulu or is suddenly seeing Dante in a romantic light? Peter seems to be concerned as well because he just fired Dante from working security at the Invader. Peter tends to make pre-emptive moves like that when he feels someone is a threat to him. But even if Maxie is drawn to Dante, is the feeling mutual? Do they even realize it’s happening?

Will Dante be the one who finally makes Maxie take a good hard look at Peter’s behavior? Will she finally realize she is having a baby with a master criminal? Will it be enough to stop the wedding? And is something more than friendship going on between Dante and Maxie? How will Peter deal with that? The past eventually catches up with everyone in Port Charles so stay tuned to General Hospital airing weekdays on ABC. And don’t forget to check back right here regularly for all your General Hospital news, information and spoilers!