The Young And The Restless (Y&R) Spoilers: Does Kyle Really Have A Son Or Does Theo? 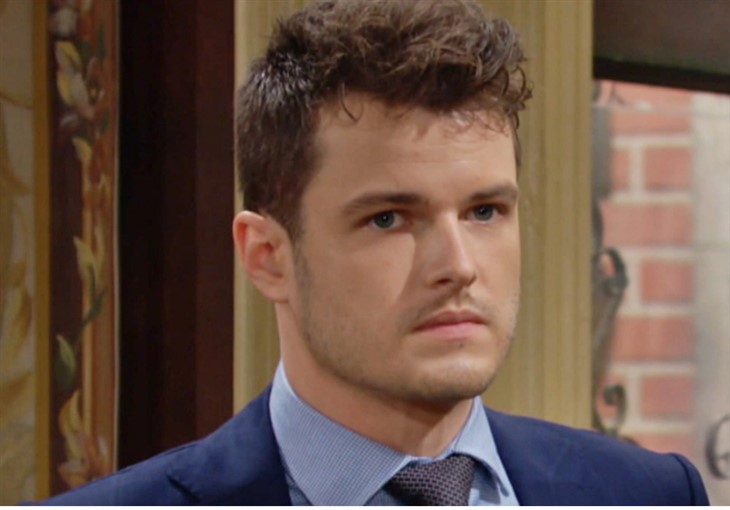 Viewers of The Young and The Restless will remember that Theo and Kyle were buddies who became frenemies who became enemies who found out they were cousins! When Theo first showed up in Genoa City, it was revealed that he and Kyle had a partying past when they both lived in New York City. Kyle put on airs like now that he was on his home turf, Theo was no longer good enough to hang out with him anymore! The two tangled romantically over Summer Newman, (Hunter King) then over Lola Rosales (Sasha Calle) who married, then divorced Kyle because he went back to Summer, toyed with Theo, but then dropped him. In the meanwhile, Kyle’s maternal grandmother Dina Mergeron (Marla Adams) who suffered from Alzheimer’s Disease, went into a decline and his aunt, Traci Abbott (Beth Maitland) decided to put together an Abbott Family book.

As she searched through Dina’s things, she found a secret; a teenage Dina had an affair with a teenage Stuart Brooks (Robert Colbert) before she married her, Jack Abbott’s (Peter Bergman) and Ashley Abbott’s (Eileen Davidson) father, John Abbott (Jerry Douglas). She gave birth to Stuart’s son overseas, who was adopted by a family by the name of Vanderway and that was Theo’s father!

The Young And The Restless (Y&R) Spoilers: Bill Arrives In Genoa City Just In Time To Bust Sally

Much to Kyle’s embarrassment, Theo was revealed to be his cousin! Kyle would never accept Theo, and even though Jack, Ashley, and Traci showed him kindness and included him, by the time Dina died it was so heartbreaking they forgot to include him, and it turns out all Dina left him was a fountain pen! Kyle set Theo up to get fired from Jabot, and Theo left for Paris, where he finally agreed to take and work for one of Dina’s companies there. Still, Theo felt disenfranchised and rejected, and was only too happy to find Sally Spectra (Courtney Love) some dirt on Kyle!

Theo told Sally a dirty doozy on Kyle from their New York days! Not only had they partied heavily and got an underage girl some booze and drugs – who came to Genoa City and royally messed up the opening days festivities at The Grand Phoenix! That was tame, however, compared to what Theo told Sally. He told her that Kyle had an affair with the wife of a ruthless well-known businessman, Ashland Locke (uncast character). Sally was not impressed. She needed more than that, no one would care about a rich boy having an affair with an older man’s wife, although she had heard of Locke. Theo said he had more than that. He had DNA! When Sally questioned what he meant, he said that Kyle fathered a little boy who was now three years old! That would do it, said Sally! Now she had something to work with!

She wanted leverage so Summer wouldn’t expose her dirty deeds from Los Angeles to Jack or her boss, Lauren Fenmore Baldwin (Tracey E. Bregman), and mess her up. However – there is one detail that needs proving – an actual paternity test between the little guy and Kyle. Plus, as bitter as Theo is, there could be a chance that both he and Kyle fooled around with Mrs. Locke at the time, even though Theo claimed Kyle was in love with her! Theo implied he had DNA but the question is, whose? Theo and Kyle are first cousins, through their mutual grandmother! So the question is, who’s the daddy of the little boy? Kyle, or Theo? Or did Theo, with access to a lab in his company in Paris, doctor up a paternity test to get back at Kyle?